You are at:Home»Investing»Basking in the Bull’s 9th Birthday 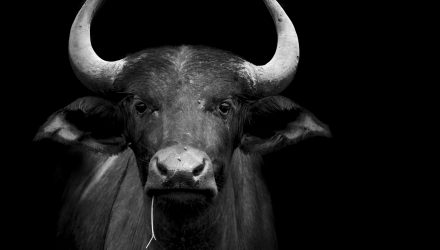 Basking in the Bull’s 9th Birthday

A bull market mimics the movement of a bull’s horns charging forward indicating a rising trend in the market.

The S&P 500’s bull market that started on March 9, 2008 is celebrating nine years in the market and those who aren’t already on the bull are wondering if it’s too late to ride.  Should this bull remain strong, it will have outlived the 113-month bull market of 1990-2,000.

According to US Equity Research, “This bull gained 325% in price through January 26, 2018 (the most recent all-time high), making it the second greatest bull market since WWII and the third since the one that ended with the Crash of 1929.”

What could the next challenge be for this bull market?

Sam Stovall of Chief Investment Strategist said, “At CFRA, we acknowledge that this bull has begun to buck more aggressively, but we don’t think it is about to be tamed any time soon. Bull markets don’t die of old age, they die of fright – and are most afraid of recession.”

Depending on the brilliance of the bullfighter’s performance, this bull market may endure for quite some time.

What should people do amidst their uncertainty?