You are at:Home»Equity ETFs»Bargain Hunters May Find Small-Cap ETFs Attractive 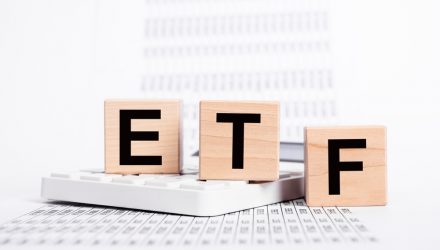 Small-capitalization stocks and related exchange traded funds have taken a beating, but this market segment now appears more attractive for some bargain hunters who are looking for a deal.

For instance, the iShares Russell 2000 ETF (IWM), which declined 17.1% year-to-date, was among the most popular ETF plays in the past week, attracting a little over $1 billion in net inflows, according to VettaFi data.

The Russell 2000 benchmark for small-cap stocks has retreated 24% from its November record high, whereas the S&P 500 is down 12% over the same period, the Wall Street Journal reports.

It is rather common for smaller-sized company stocks to fall more rapidly during periods of economic uncertainty since the small-cap category is generally considered more at risk. During good times, many don’t consistently make money, and that proportion increases during harder periods.

“Any whiff of economic slowdown or geopolitical risks, people are going to shoot first and ask questions later,” Will Nasgovitz, chief executive and portfolio manager at Heartland Advisors, told the WSJ. “Small caps are inherently more volatile, and there’s just been pressure on those shares.”

After the recent falloff, some investors argued that small-cap stocks may have pulled back so far that they now appear inexpensive compared to shares of larger companies.

Strategists at BofA Global Research recently noted that the Russell 2000 already traced back much of the way toward its average decrease for a recession, while the S&P 500 only dropped about half as much for an average recession-era pullback.

“If the probability of a recession continues to rise, both indices likely have further to fall — but historical moves suggest greater downside risk potential from current levels for large than small,” the BofA strategists said.

Additionally, the Russell 2000 was trading at the end of April at around 12.5 times its projected earnings for the next 12 months, compared to the average of 15.4 times since 1985, according to BofA data. Consequently, bargain hunters may have focused on the fact that the small-cap benchmark was trading at its cheapest relative to the large-cap Russell 1000 since 2001.