You are at:Home»Featured»Banking ETFs Gain as Banks Pause Their Political Donations 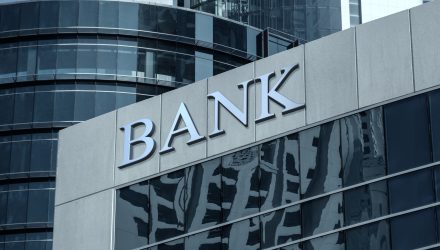 JPMorgan, the biggest U.S. bank by assets, is placing a hold on political action committee contributions for Republicans and Democrats for “at least” the next half a year, according to spokesman Steve O’Halloran, in order to evaluate changes to its political-donation strategies.

“The country is facing unprecedented health, economic and political crises,” said JPMorgan’s head of corporate responsibility Peter Scher. “The focus of business leaders, political leaders, civic leaders right now should be on governing and getting help to those who desperately need it most right now. There will be plenty of time for campaigning later.”

The bank is not the only enterprise to express discontent with the political landscape. Marriott International and Blue Cross Blue Shield have also said they would stop donations to Republican lawmakers who backed efforts to disrupt the certification of President-elect Joe Biden’s victory, as they were extremely upset by Wednesday’s riot, which resulted in five deaths.

The move to halt donations for most banks, however, appears to be universal.

Big Banks and Corporations Respond to the Riots

Goldman Sachs is placing a hold on all PAC donations last week “in light of what happened” at the Capitol, spokesman Jake Siewert said in an e-mail. The pause will probably be in place for six months, he said.

Citigroup is also stopping contributions to all lawmakers during the first quarter, the bank told staff Friday in an internal communication.

“We want you to be assured that we will not support candidates who do not respect the rule of law,” Candi Wolff, head of Citi’s global government affairs, said in the memo. “We intend to pause our contributions during the quarter as the country goes through the presidential transition and hopefully emerges from these events stronger and more united.”

American corporations were concerned with how to respond to the riots and supposed inciting of violence by the president, which has prompted social media giants like Twitter and Facebook and tech behemoth Amazon to curb the dissemination of disinformation that could generate more violence.

Of the six biggest U.S. banks, only Morgan Stanley said it refuses to make donations to members of Congress who opposed the Electoral College certification of Biden, according to a person with knowledge of the situation. The bank will continue to contribute to other lawmakers, the person said.

Banking ETFs seem to be benefitting from the news, with the SPDR S&P Bank ETF (KBE), Invesco KBW Bank ETF (KBWB), and First Trust Nasdaq Bank ETF (FTXO) making gains of as much as 1% Monday amid the news, even as broader market index ETFs are slipping.