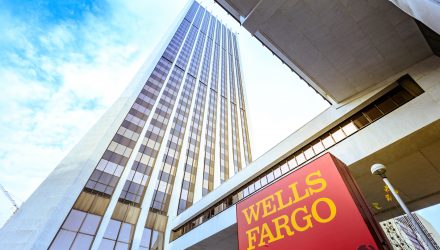 With most of the market bathed in red Thursday, the banking sector jumped into the spotlight after a controversial move by one of its key players.

Wells Fargo is terminating a crowd-pleasing consumer lending product, which has created discontent within its customer ranks. The bank is shuttering all existing personal lines of credit shortly and no longer offers the product, according to customer letters reviewed by a number of news outlets, including CNBC.

According to Investopedia: “Revolving credit is an agreement that permits an account holder to borrow money repeatedly up to a set dollar limit while repaying a portion of the current balance due in regular payments. Each payment, minus the interest and fees charged, replenishes the amount available to the account holder.”

The revolving credit lines often permit users to gain access to $3,000 to $100,000, which were suggested by banks like Wells Fargo as a way to consolidate higher-interest credit card debt, provide short-term funding for home projects, or eschew overdraft fees on linked checking accounts.

“Wells Fargo recently reviewed its product offerings and decided to discontinue offering new Personal and Portfolio line of credit accounts and close all existing accounts,” the bank said in the six-page letter. The move allows the bank focus on credit cards and personal loans, it said.

Some of the changes to the banks offering have been prompted by new lending limitations from the Federal Reserve. In 2018, the Fed barred Wells Fargo from hiking its balance sheet until it handled compliance issues revealed by the bank’s fake accounts scandal, which caused considerable controversy within its customer base as well.

The asset limitations have lost the bank billions of dollars in earnings, based on the balance sheet growth of competitor banks such JPMorgan Chase and Bank of America over the past three years, analysts have said.

After last year, when Wells Fargo told staff it was shuttering all new home equity lines of credit, and later, when the bank withdrew from a segment of the auto lending business, this latest change may be the last straw for customers, who were told that the account closures “may have an impact on your credit score,” according to a frequently asked questions segment of the letter.

Another segment of the FAQ stated that the account closures couldn’t be reviewed or reversed: “We apologize for the inconvenience this Line of Credit closure will cause,” the bank said. “The account closure is final.”

The bank gave this statement, “in an effort to simplify our product offerings, we’ve made the decision to no longer offer personal lines of credit as we feel we can better meet the borrowing needs of our customers through credit card and personal loan products.”

Customers have been given a 60-day notice that their accounts will be shuttered, and remaining balances will require regular minimum payments, according to the statement.

Wells Fargo stock is down over 1.5% on Thursday, along with other banks, who have also lost over 1% on the day, such as JPMorgan Chase, Bank of America, and Citi. The moves have driven the SPDR S&P Bank ETF (NYSEArca: KBE) and iShares U.S. Regional Banks ETF (IAT) lower as well.

One customer said the decision to shutter personal lines of credit is compelling him to change banks after over 10 years with Wells Fargo. Tim Tomassi, an Oregon programmer, said he used a personal line of credit linked to his checking account to avoid expensive overdraft fees, something that will no longer be possible, based on the new changes.

“It’s a bit upsetting,” Tomassi said in a phone interview. “They’re a big bank, and I’m a small person, and it feels like they’re making decisions for their bottom line and not for customers. A lot of people are in my position, they need a cushion every once in a while from a line of credit.”

While customers are understandably upset by the changes, major banks have been planning to raise their dividends and broaden their stock-buyback programs after the results of the latest round of Federal Reserve stress tests allowed for a removal of pandemic restrictions on returns of capital. According to Goldman Sachs analysts, the new dividends and spending on buybacks are 11% and 22% higher than anticipated, respectively.

The results have key banks like Morgan Stanley, JPMorgan Chase, and Wells Fargo increasing their quarterly dividend payments by a minimum of 11%.