You are at:Home»Featured»Bank ETFs Close Lower Amid Plans To Keep Staff Virtual 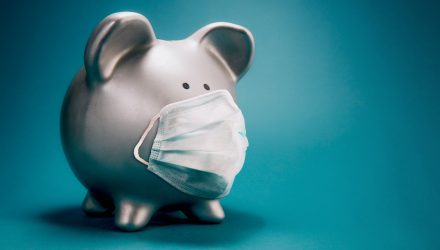 While stocks and indexes finished mixed on Wednesday, the banking sector largely sold off, following a banner day on Tuesday, where Wells Fargo’s management shift prompted a surge in bank stocks. Despite the rally yesterday, however, it doesn’t appear that the majority of banking staff will be returning to Wall Street any time soon.

With the coronavirus numbers continuing to expand on a daily basis, the message from major money center banks with large trading operations, such as Morgan Stanley, Wells Fargo, Goldman Sachs, Citigroup, JPMorgan and Bank of America, which have all reported earnings this week, is that they will maintain are large virtual staff for the time being.

“We’ve been now at 90% of the folks working from home for a while now, and the plant continues to hold up quite well,” said Jonathan M. Pruzan, Morgan Stanley’s chief financial officer.

At least one bank is concentrating efforts to return traders and staff to the office: Goldman Sachs. Only Goldman Sachs seems to have an aggressive approach to in-office reinstitution of its traders globally.

“Our firm has always had a team-oriented apprenticeship culture, and we benefit from being and working together,” CEO David Solomon said on a conference call.

Solomon said the firm already was implementing a “split-team approach” in Hong Kong, with up to half working from the office. In Europe, 35% have already resumed work in-office, while 15% have returned in the U.K.

Meanwhile, other banks are looking at keeping employees out of the office for the rest of the year.

“There is no need for an immediate return to the office in any location,” BTIG Chief Operating Officer Jennifer Mermel said in an announcement. “Our staff is secure in their positions and our clients are highly satisfied with our services during this transitional period.”

Co-founder Steve Starker cited the success of work-from-home technology as a key factor.

“We’ve been thrilled by our teams’ abilities to rapidly migrate to using technology from home,” he said. “The transition was much easier than we would have ever anticipated.”