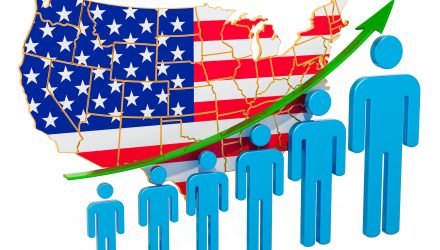 Amid a positive jobs report, the Dow Jones Industrial Average climbed 0.44% on Friday to notch an intraday record high, while the S&P 500 added 0.22% and scored its own intraday all-time high. The Nasdaq Composite fell 0.4%.

Friday’s jobs report revealed that the U.S. economy augmented existing jobs by 943,000 in July, according to the Labor Department. Economists projected the economy to have added 845,000 jobs in July, according to predictions from Dow Jones. Meanwhile, the unemployment rate fell to 5.4%, 0.3% more than anticipated.

“The stronger 943,000 rise in non-farm payrolls in July and upward revision to previous months’ gains indicates that employment growth has shifted into a higher gear and that the drag on hiring from labour shortages is easing. That suggests economic growth may be holding up better than we had feared and leaves open the possibility of Fed Chair Jerome Powell dropping a stronger hint that tapering is on the way at Jackson Hole in three weeks’ time,” wrote Andrew Hunter, senior U.S. economist for Capital Economics.

Shares of JPMorgan gained over 2%, while Bank of America and Wells Fargo rose more than 3%. The SPDR S&P Bank ETF (NYSEArca: KBE) gained over 3% amid the movement. Regional banks were on track for their best day in nearly a month as well, with the iShares U.S. Regional Banks ETF (IAT) climbing higher.

Analysts were mostly optimistic about the jobs numbers.

“I think this is really, really good numbers for the stock market. It is just one number, they tend to be volatile, you’ve got to take it with a grain of salt. … And what this does more than anything is it causes a big shift in the leadership of this stock market,” James Paulsen, chief investment strategist for The Leuthold Group, said on CNBC’s “Squawk Box.”

“The S&P isn’t doing much, but the undertow here has shifted toward cyclicals and smalls, maybe even international markets to some degree, those more sensitive to the economy, and away from growth and defensive stocks, which have been leading for a while here,” Paulsen added.

While stock indexes have been rangebound, Friday represented another win for the S&P 500, which has continued to grind higher this summer amid concerns over excessive economic growth and the spread of the more transmissible delta variant of the coronavirus.

The Labor Department’s report Friday added to the positive weekly initial claims number reported on Thursday, which came in at 385,000, in line with expectations. Still, the ADP private payrolls report on Wednesday revealed a lower-than-projected number of jobs added during July.

Jobs have had a significant impact on how the Federal Reserve plans to adjust its policy decisions. Fed Governor Christopher Waller said on Monday that he would support the central bank tapering its asset purchases if the next two jobs reports are positive.

“A nice number. Strong, but not overly strong. … I think the Fed will take comfort that the substantial progress toward labor force progress is in the works, but nothing was concerning in the report,” said Yung-Yu Ma, chief investment strategist at BMO Wealth Management. “Although the number was strong, and the last month’s numbers were revised upwards, I don’t think there’s anything that stands out that would lead the Fed to shift its course.”

Interestingly, for equity investors, a more gradual increase in jobs is preferable, as it means the Fed will be more likely to continue its loose monetary policy.

“The market actually wants a bad jobs report, perverse as that sounds,” Opimas CEO Octavio Marenzi, told Yahoo! Finance Thursday afternoon, adding it wants “the job numbers to come in weak so the Fed has a reason to continue its monetary policy.”

Other financial experts felt that this month’s jobs report might be only a indicator in hindsight, since there has been a slowing of growth in 2021.

“July is a seasonally bad time for state and local government employment as the school year ends but since the layoffs were front loaded, there is a chance the seasonal factor makes an outsize contribution for this area of public sector employment,” Neil Dutta, head of macro research at Renaissance Macro Research, wrote in an email on Thursday. “I think the broader story is that even if July is strong, it won’t matter because no one should expect a repeat performance in August with economic confidence waning due to the rise in COVID hospitalizations in parts of the country.”