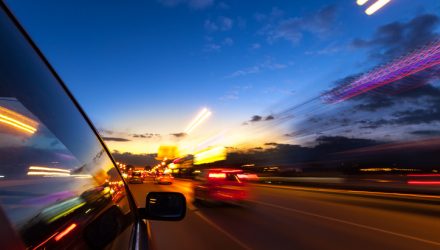 Auto ETF Speeds Up in Wake of Hurricanes

An Auto ETF is shifting to high gear as U.S. consumers replace damaged vehicles in the wake of the disastrous hurricane landfalls.

For example, sales at number one U.S. automaker General Motors surged nearly 12% in September compared to the same month last year as a 43% jump in sales of crossover and a 10% increase for pickup trucks offset an 11% dip for passenger cars.

Analysts and industry experts previously expected hurricanes Harvey and Irma would provide automakers with their first monthly gains in 2017 after sales had been weakening since hitting a record in 2016.