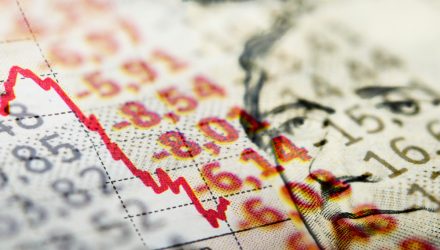 Fears that the Federal Reserve’s overly aggressive monetary policy tightening could trigger a recession remain an overhang for the market outlook for the rest of 2022. Nevertheless, there are still ways to manage potential risks and keep clients invested.

In the upcoming webcast, As Recession Risk Looms, Time To Buffer Market Exposure, Graham Day, vice president of product and research at Innovator ETFs, and John Southard, co-founder and CIO at Innovator ETFs, will engage in a discussion highlighting the benefits of the Innovator Buffer ETF strategy in the current market turbulence, especially how defined outcome ETFs can help clients stay fully invested in the market up to a cap, with built-in buffers against equity downside.

“Buffer ETFs aim to marry the benefits of having a known investment outcome with the benefit-rich ETF wrapper and can be used to solve unique problems facing advisors today, including record-high stock levels, record low bond yields, and uncertainty over the virus and economy,” according to Innovator.

Knowing the return profile before investing can significantly reduce the uncertainty involved in buying equities, which typically are among the most volatile asset classes in many investors’ portfolios. Innovator defined outcome ETFs represent a new type of strategy that can be effective tools for investors to strike a balance between growth and risk mitigation in portfolios, in a systematic and disciplined manner.

“It’s impossible to time the market; Buffer ETFs can help give investors the confidence needed to invest,” said Innovator.

“Buffer ETFs may serve as a core equity solution for those clients who aren’t looking to take full equity market risk.”

Financial advisors who are interested in learning more about the Innovator Buffered ETF strategy can register for the Wednesday, June 29 webcast here.