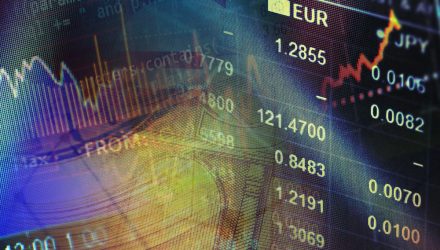 While the fund industry is expected to see slower growth ahead, exchange traded funds could maintain their blistering push forward.

According to ISS Market Intelligence forecasts, long-term fund assets could expand by 7.4% annually over the next five years, compared to their 13.1% average rate for the five-year period ending this year, the Financial Times reports.

Overall, mutual funds and ETFs are projected to add $11.7 trillion in assets under management with total assets to rise to $39 trillion by 2026.

ISS Market Intelligence warned that cooling market conditions will contribute to a slowdown in annual asset growth ahead. Capital appreciation has traditionally been the biggest driver behind asset growth, accounting for 70% of the expansion in assets over the past five years. Looking ahead, in the next five years, market appreciation will likely make up just 60% of asset growth.

Davis pointed out that while $1 trillion has flowed into funds this year, three of the 10 largest fund managers suffered net outflows. For the year that ended in November, investors yanked $29.7 billion from T. Rowe Price’s mutual funds and ETFs, $13.1 billion from Franklin Templeton’s, and $13.9 billion from Dimensional Fund Advisors’.

“Without the tonic of fast-rising markets, managers will lean more heavily on their sales and distribution capabilities to power growth,” according to the report.

On the other hand, ETFs are anticipated to maintain their fast growth, increasing from 25% of long-term assets to about 33% in 2026, according to ISS Market Intelligence. The analysts attributed to the phenomenal growth rate of the ETF to a number of factors, including zero-commission trading, the greater use of online brokerages and product innovation.