You are at:Home»Equity ETFs»As Buffett Considers Owning an Entire Airline, Look to This ETF 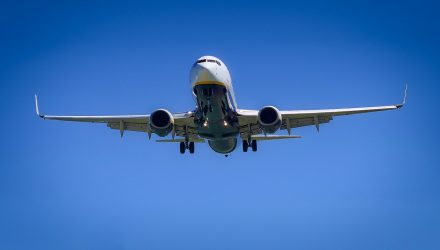 As Buffett Considers Owning an Entire Airline, Look to This ETF

Airline stocks and sector-related exchange traded funds received a big endorsement from Warren Buffett as the investment guru revealed his optimism over the airline industry’s outlook.

In his annual letter, long-time value investor Buffett remarked that his company is searching for deals but is struggling to find one for a good price. However, there might be value in airline stocks as these companies are trading at lower multiples than the broader S&P 500.