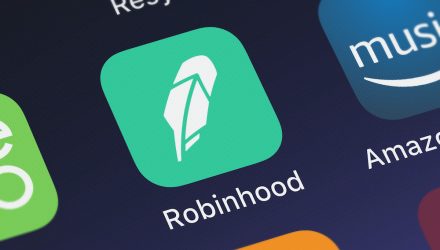 After falling abruptly since it spiked in March, volatility is surging once again, as stocks have sold off dramatically this week amid fears of coronavirus resurgence. But could something else be at play as well?

The CBOE Volatility Index or VIX, also known as the “fear gauge,” has been trending sharply down since March, when it spiked to an all-time high, amid fears of a rapidly spreading coronavirus contagion, and months of trade issues with China, as stocks plummeting to lows not seen since Brexit.

History has shown that although volatility may climb swiftly, it often declines slowly. Thus, the market tends to remain volatile for a while after a shock occurs.

But compared to other periods of high volatility like the Great Recession which followed the 2008 Financial Crisis, it seems everything has been sped up.

While the Financial Crisis saw stocks spike to an inflation adjusted 89.53 in October of 2008, and then take roughly a year to reach its relatively calmer levels below 25-30, a similar action in 2020 has all occurred in a matter of a few months, with the VIX spike in March and reaching the 20s in May.

This makes the dramatic surge in the VIX this week, from 23.54 to 44.16, an explosion in volatility of over 87.5% all the more shocking for investors and traders, who are scrambling to exit markets and manage positions. The iPath Series B S&P 500 VIX Short-Term Futures ETN (VXX) gained 22.5% Thursday amid the move.

In addition to fears of a coronavirus resurgence, part of this expanding volatility could be attributed to the explosion in the number of day traders, who are now pushing the market higher, without clear fundamentals to support it.

The so-called Robinhood traders have been buying up stock, driving big names like Amazon higher, as well as picking up shares of Coty, the company that in 2019 bought a majority stake in Kylie Jenner’s Kylie Cosmetics, which has been one of the worst performers in the S&P 500 this year, even as its Robinhood usership has increased sixfold, said Preclaw.

“This may be the greatest case of investors not knowing what they’re buying that I’ve ever seen! Small investors are buying leveraged volatility futures! And let’s not forget that this is an ETN, not an ETF, which happens to carry an added layer of risk,” explained David Dierking of thestreet.com

“These are exactly the types of products that imploded a little over two years ago when the VIX went from single digits to more than 50 over the course of less than a month. I’m sure this won’t end badly,” Dierking added.

But other analysts saw the market drop as more predictable.

Meanwhile, Barclays claims retail investors using Robinhood have not driven the market’s recent rally, and in fact, their top stock picks have had lower returns, according to a recent analysis by Barclays.

Barclays used Robintrack data to analyze customer holdings and compared the top stock picks and their closing prices, discovering that on the whole, there is no clear relationship between Robinhood customers adding shares and S&P 500 index performance, according to a Friday note.

“That by itself casts doubt on the idea that retail holdings are the cause of market returns,” wrote analyst Ryan Preclaw.