You are at:Home»Alternative ETFs»Are Crypto Investors in it for the Long Haul? 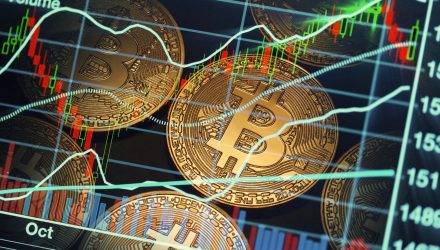 Are Crypto Investors in it for the Long Haul?

One issue confounding the cryptocurrency market is the perception that it is a highly marketplace relative to traditional asset classes. As a result of that higher volatility, many crypto market participants are short-term traders, not long-term investors, which can contribute to more volatility.

Investors are often left pondering if digital currencies, such as bitcoin, are merely a hot trend or viable long-term investment.

“As in any new and rapidly-growing market, this kind of investor intent and the overall feeling of market sentiment matters a lot. That’s because there are no historical averages or ratios to apply as baselines for value, and if things head south there is always the possibility of a mass exodus,” according to Visual Capitalist.

Deeper Into The Data

While 41% of investors polled believe bitcoin is a world-chaning technology, just 22% view the largest cryptocurrency as a store of value on par with gold or silver, according to data from Visual Capitalist.

Investors’ reluctance to embrace bitcoin as a long-term investment is tied to, among issues, concerns that prices are manipulated, security on cryptocurrency exchanges, lack of liquidity and high transaction costs.