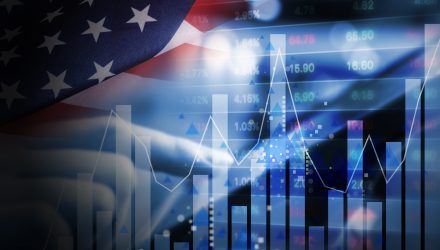 The U.S Department of the Treasury currently forecasts that the national debt will reach the $25 trillion mark by the 3rd quarter of 2020. That’s just two and a half years from now.

What is $25 trillion among American friends? If you combine the debts of every other sovereign state on the planet, you still do not reach $25 trillion. Our nation is a serial debtor.

It is easier to dismiss the enormity of the obligation when government is capable of servicing it through ever-lower borrowing costs. Rising rates, however, alter the debt servicing narrative. Specifically, paying back the interest on the monstrous burden takes a bigger and bigger bite out of how much government can spend elsewhere.

Investors may feel that they can ignore the longer-term implications of their government accumulating trillions in annual deficits. After all, most still regard U.S. Treasuries as the highest quality debt one can acquire. On the other hand, investors are not currently appreciating the near-term ramifications for corporate profits, household spending or asset prices.

Consider residential real estate — an asset that pole vaulted through the proverbial roof on the back of 30-year fixed mortgages at 3.5%. That rate today is closer to 4.5%, and climbing.

How might a 26.5% jump in mortgage expense hamper household spending elsewhere? How might that impact the ability and/or desire for the household to buy the home in Redmond, Washington at all?

Rising rates eventually weigh down consumption in our consumer-based economy. Equally troubling, rising rates would reduce the demand for real estate such that elevated home prices would likely fall in value. Flat or falling home prices do not benefit an economy that has largely benefited from a central bank-engineered “wealth effect.”

One might argue that wage gains and lower tax brackets offset some of the concerns associated with higher borrowing costs. The problem with that assertion? It disregards both the quickening in the erosion of purchasing power (inflation) as well as the American addiction to credit.

Taking both charts into account, the average American’s credit card balance as a percentage of real disposable income more than DOUBLES real savings. In what universe is that beneficial? Not one where the cost of borrowing is increasing.

Let’s turn our focus to the bond and stock markets. Non-investment grade corporations could borrow at roughly 5.4% just three months ago. Today it is closer to 6.4%. Corporations, then, will have less money left over for all of the other aspects of their businesses; servicing debts will require more and more of the revenue that they generate.