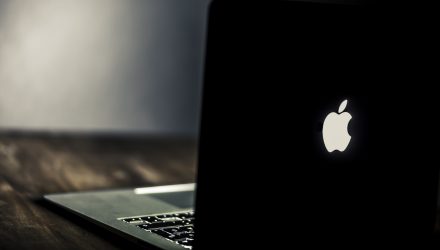 Apple will announce its fiscal third-quarter earnings results later today, which could give technology stocks and tech-focused ETFs a much-needed shot in the arm after companies like Facebook, Twitter and Netflix stumbled on their earnings.

The tech sector has already lost 5.4% in the aggregate over the last three trading sessions, but a number of analysts are predicting that Apple will be a top performer amongst its other FANG peers–Facebook, Amazon and Google.

“Our view is that Apple is positioned to break to the upside,” said Ari Wald, Head of Technical Analysis at Oppenheimer & Co. “That it’s going to break through this resistance level based on the rising trend going into this test. Now, if we were to get that breakout, we would see that as a resumption of the stock’s longer term trend of outperformance.”