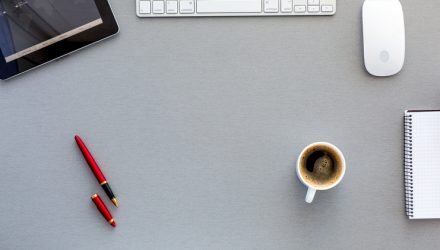 Apple, Alphabet: Are They Value Stocks?

Fidelity Blue Chip Value Fund (FBCVX) was up 5.0% thus far in 2017, ahead of the S&P 500 Value index, aided by top-10 holdings in AAPL and GOOGL as of the end of the first quarter. Such positions helped to counterbalance traditional value stocks US Bancorp (USB) and Wells Fargo (WFC) that lagged in 2017. FBCVX has an above-average three-year total return, while incurring below-average volatility.

Further supporting its CFRA four star ranking are holdings viewed attractively, with above-average S&P Global Market Intelligence Quality Rankings and an expense ratio of 0.88% that is lower than its peers.

While the T Rowe Price Value Fund (TRVLX) held only AAPL in its top-10 at the end of March and not GOOGL, tech exposure was enhanced by a stake in a strong performing Microsoft (MSFT); AAPL but not MSFT appeared as a top-10 holding at the end of April according to the firm’s website.

These growth stocks helped generate a 8.2% total return and offset the weakness of value-index constituent Pfizer (PFE), which has underperformed the broader market in 2017. CFRA’s four-star ranked TRVLX has a 0.82% expense ratio and has outperformed its peers in the past three years, while incurring moderate volatility.

The net expense ratios of 0.20% or less of these passively managed products are appealing and they can help investors from an asset allocation perspective. However, there will always be some active managers that outperform an index approach through astute stock selection. Thus far, in 2017, the above value mutual funds ownership of some traditional growth stocks, due to flexible off-style index decisions, has proven to be rewarding to their shareholders.