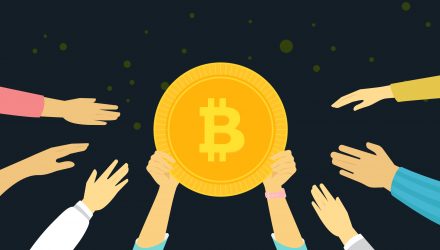 Another Issuer Files Plans For a Bitcoin ETF

While a bitcoin exchange traded fund remains elusive in the U.S., another firm revealed plans to bring such a fund to market. In a recent filing with the Securities and Exchange Commission (SEC), New York-based Wilshire Phoenix, an asset management firm, unveiled plans to launch the United States Bitcoin and Treasury Investment Trust.

Last year, the SEC rejected the applications, preventing the digital currency from gaining more acceptance from investors who are wary of the unregulated exchanges of cryptocurrencies. The SEC’s Division of Trading and Markets rejected applications from investment firms ProShares, Direxion and GraniteShares.

Wilshire Phoenix’s United States Bitcoin and Treasury Investment Trust will hold U.S. dollars and short-dated Treasuries in addition to bitcoin in an effort stem some of the volatility associated with cryptocurrencies. That means the fund, if approved, would not exactly replicate a direct investment in bitcoin, the largest digital currency.