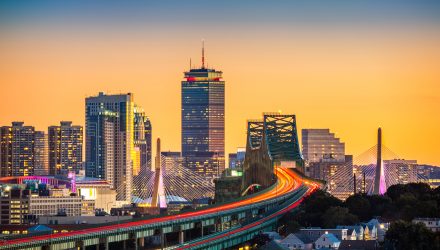 November saw the second estimate of Q3 U.S. real gross domestic product released by the Bureau of Economic Analysis come in at 3.3%, slightly ahead of the advance estimate of 3.0%. Domestic growth was widespread with increases in private inventory investment, nonresidential fixed investment, personal consumption, state and local government spending and exports. Inflation-adjusted GDP grew at a 5.5% annualized rate and now measures the U.S. economy at $19.5 trillion.

The U.S. unemployment rate for October fell to 4.1%, down from the prior month’s reading of 4.2%.

Nonfarm payrolls increased by 261,000 for the month, slightly below expectations, while manufacturing payrolls increased by 24,000, ahead of expectations. Surprisingly, average hourly earnings were flat in October (versus expectations for a +0.2% rise), and are up +2.4% YoY. The labor force participation rate unexpectedly fell to 62.7%, down from the prior reading of 63.1%. The weekly initial jobless claims numbers continue to hover near the lows (see chart below), averaging 239,000 per week.

The Conference Board’s Leading Economic Index edged up +1.2% in October suggesting U.S growth should remain strong well into 2018. The index is a broad measure of business cycles and both domestic and global readings point to synchronized global growth continuing across the global well into next year. We’ll look to any downturns in this number as a sign the economy might be slowing but for now all signs point to continued strength.

Domestic Equities were standout performers in November on renewed hopes of tax reform legislation by the GOP. Mid- and Small-Cap equities posted outsized gains as they likely have the most to gain from a reform package due to their higher relative tax rates.

Within the Large-Cap universe, Value stocks, as measured by the S&P 500 Citi Value Index, rose +3.39%, as their underlying constituents (largely bank financials) rose sharply. The KBW Bank Index of large money center banks rose +3.36% on the month, and an impressive +5.86% in the past week. Much of the rally in Banks (and Value stocks in general) came post-Thanksgiving in the last week of the month as tax reform discussions intensified. A rotation out of Growth oriented stocks (mainly Technology stocks) proved to be a source of funds; however, the S&P 500 Citi Growth Index still managed to post an impressive +2.82% during the period.

From a sector standpoint, more defensive-oriented laggards such as Telecoms, Consumer Staples, and Consumer Discretionary were the top performers on the month, gaining +6.03%, +5.67%, and +5.06%, respectively. The Telecom and Staples sectors are still some of the worst performers on a year to date basis, having returned -6.64% and +11.03%, respectively, while Consumer Discretionary continues to be led by Amazon (+56.93% YTD, 16.91% of sector).

Notably, Technology shares were laggards during the month, gaining a mere +1.15%, as Facebook, Apple, Google, and Microsoft underperformed the market, supporting the sector rotation theme that may be in play after Tech stocks have gained +38.82% YTD.

From a regional standpoint, the Eurozone, as measured by the MSCI EMU Index, rose +0.03% in USD terms, and -2.02% in EUR terms, as concerns over Brexit talks and German elections continue to dominate what has otherwise been a continued streak of strong economic fundamentals in the region.

From an individual country perspective, the U.K. (FTSE 100 Index) and Japan (Nikkei 225 Index) posted returns of -0.03% and +4.31% in USD terms, but returned -1.78% in GBP terms and +3.24% in JPY terms, respectively on the month. The U.K. continues to deal with uncertainties from Brexit, a recent interest rate hike, and deteriorating fundamentals. Additionally, a volatile GBP has added uncertainty to investing in U.K. equities as a U.S. based investor. As far as Japan is concerned, economic momentum remains strong across the board and the Bank of Japan continues to maintain Yield Curve Control (YCC) giving Japanese equities a stable monetary policy backdrop.

Emerging Markets continue to post positive returns and remain the world’s best performing major market index, up +32.88% year to date. Within the broad MSCI Emerging Markets Index, performance attribution can be boiled down to exposure to China and the Technology sector. While the widely followed Shanghai Composite Index has returned +9.08% YTD in CNY terms, and +14.61% in USD terms, the broader MSCI China index has gained +51.41% in USD terms. Almost more importantly, exposure to Technology stocks such as Samsung, Tencent, Taiwan Semiconductor, and Alibaba (to name a few) have provided outsized returns and positive attribution, having returned +56.36%, +109.15%, +37.49%, and +99.86% YTD in USD terms.

Emerging Markets continue to be led by robust earnings growth and remain attractively valued on a relative and absolute basis versus other major global equity markets. Furthermore, for those believers in mean reversion (like us!) the S&P 500’s annualized return of +15.73% per year over the trailing 5-year period dwarfs the MSCI EM Index annualized return of +4.96% per year over the same period, adding to the allure of Emerging Market equities in 2018 and beyond.

Yields rose coming into month end, as the congressional tax plan seemed to be picking up momentum. Originally, the President had hoped to have it signed by Thanksgiving. Of course, that was overly ambitious and failed to happen. A secondary concern that may be influencing yields is the revival of the debt ceiling debate. The President bought himself some time when he made the agreement to extend it a few months, but its year-end reappearance is not ideal.