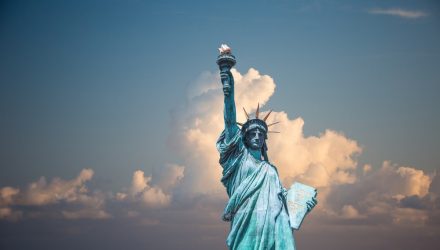 One of the few economic highlights of August can usually be found at the Kansas City Fed’s annual symposium held in Jackson Hole, WY.

Central bankers from around the world gather for a few days to discuss monetary policy, economics, politics and fishing. Beautiful scenery aside, this idyllic mountain retreat has on occasion been the source of a fair amount of market volatility, as Fed officials make pronouncements amidst half-empty trading desks and decidedly junior staff.

This year, however, proved tame as the fireworks were few and bankers did their best to stay on script. The good news is that there was more positive than negative news to discuss.

Nonfarm payrolls in the US rose 209k in July (estimates were for an increase of 180k) as the unemployment rate dropped from 4.4% to 4.3%. Average Hourly Earnings rose a robust 0.3% MoM and are up 2.5% YoY, slightly ahead of expectations. The Underemployment Rate held steady at 8.6% while the JOLTS Job Openings survey for June showed the highest reading since the BLS began collecting data in 2000.

GDP estimates for the second quarter were revised up from a prior reading of 2.7% to 3.0%, with personal consumption leading the way with a 3.3% increase. Personal Income for July rose 0.4% MoM, beating estimates and strongly above June’s reading of 0.0%. Personal Spending surged 0.3% after ticking up just 0.1% in June.

Certainly the Fed’s reluctance to pursue interest rate hikes too agressively stems from the profound absence of consumer price inflation in today’s economy. The PCE Deflator in July rose 1.4% YoY while the Core PCE measure rose just 0.1% MoM (1.4% YoY). Top line CPI rose just 0.1% MoM while Producer Prices actually declined -0.1% last month. Core CPI edged up 0.1% while core PPI fell -0.1%. As we’ve suggested in these pages before, outside of asset price inflation, prices for goods and services remain well within reason and give the Fed ample cover to delay, or continue their measured approach to raising short term interest rates.

It would seem to us that the global economy is experiencing something of a synchronized economic upswing. Low interest rates around the globe, soft commodity prices and rising equity markets have triggered animal spirits which it would appear are driving a sustainable increase in consumerism.

U.S. equities stumbled a bit in August as the so-called “Trump-trade” continued to unwind.

Small-caps, which had surged following Trump’s election on the belief that they would be the greatest beneficiaries of tax-reform, infrastructure spending and deregulation, have given back
nearly 5% versus their large-cap brethren over the past few weeks. The S&P 600 Small Cap Index declined -2.56% in August while the S&P 500 gained 0.31%. Mid-caps roughly split the
difference with the S&P 400 Midcap Index falling -1.53% on the month. Year-to-date, large-caps continue to lead the way, up 11.9% thru 8/31, while mid-caps have gained 5.3% and small-caps
just 1.1%.

At the sector level, Information Technology led the way again, climbing 3.47% on the month and is now up 26.6% YTD. Utilities posted a solid 3.25% gain in August, benefitting from a drop in
interest rates, which also aided the Real Estate sector which rose 1.14% for the month. The biggest decliner in August was the volatile Energy space, which dipped -5.18%, and is now down
-15.0% YTD. Telecom, Financials, Consumer Discretionary and Staples all saw declines in August as the continued market advance gets more and more narrow.

International equities posted mixed results in August, hardly surprising given little news flow and the extended vacation time many foreign countries avail themselves of in the summer months.

As ECB head Mario Draghi sets the stage for the eventual end to quantitative easing efforts in Europe, the Bank of Japan appears to remain fully committed to highly accommodative monetary policy, with no end in sight.