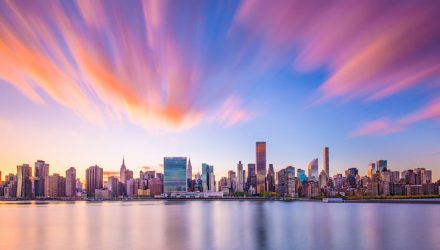 An Unanticipated Surprise for Investors

Most of us enjoy being pleasantly surprised, so one of the things we think investors should evaluate when assessing a market move is what they were expecting six or 12 months ago.

We have tried to do this for earnings and sales of S&P 500 companies. You hear all the time that a company “beat” or “missed” expectations. However when you hear that, it is usually referring to the most recent analyst expectations. Indeed there is a bit of a game that is sometimes played where companies guide down earnings just prior to the quarter only to “beat” the number on earnings day.

We therefore felt it would be much more valuable to see how companies’ quarterly results (sales and earnings) compared to what analysts were thinking six months ago. The results are below. 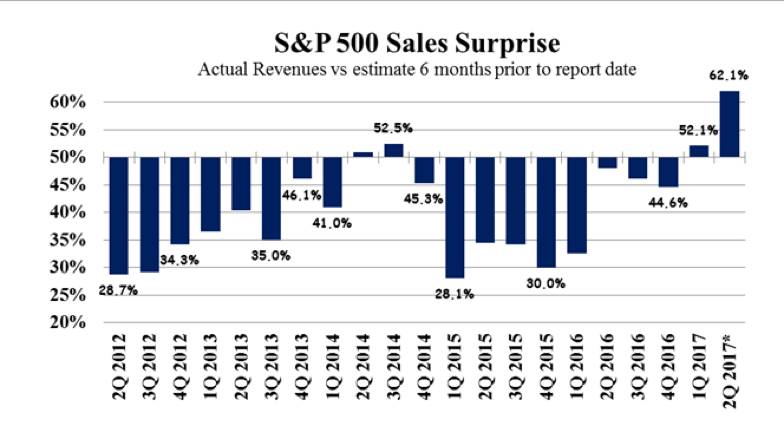 With about 400 of the S&P 500 companies having reported so far, this is shaping up to be one of the best quarters of surprises using our methodology. As our chart above shows, of the companies that have reported, 62.1% of them have produced better revenues than was forecast six months ago and for earnings the number is 56.4%. We find this tool helpful when trying to assess whether a rise or a decline in the S&P 500 seems to make sense. We only started to gather and track this data in 2011 (earnings) and 2012 (revenues), but the last 4 quarters have seen the best cumulative surprises in our data set. Therefore it makes good sense to us that the S&P 500 has been in a strong uptrend since its lows in the first quarter of 2016 when disappointment dominated this data.

It is important to point out that it will likely be more difficult to beat expectations in the next 6 – 12 months. In our experience, forecasting by analysts and companies involves a fair amount of extrapolation, which is logical, but means that the bar is now higher. We are however encouraged by the better revenue data as that may have a positive impact on margins in the coming quarters.

How far will the Euro rally go?

Another asset that has surprised investors is the euro. After falling from 1.40 to the dollar, the euro remained in a relatively stable trading range of around 105 – 115 for most of 2015 and 2016. Political jitters surrounding the French election pushed it slightly below 105 early this year, but since then it has risen to close last week just below 118. Due to persistently weak inflation data in the US and political dysfunction in Washington, the dollar has been weak against most currencies as we wrote last week. That said we believe it is the combination of the decisive victory by President Macron in France (a strong supporter of the Eurozone alliance) and persistently positive economic data from Eurozone countries that caused the euro to break out of its trading range, while the broad dollar index is merely at the bottom of its range. 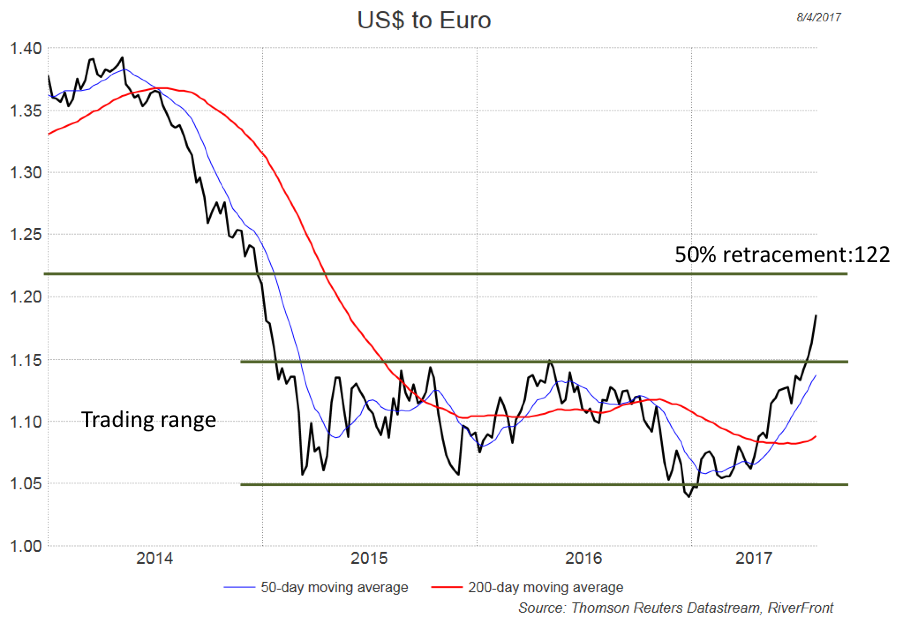 A purely technical assessment would suggest further upside in the coming months. Fundamentally, we think it is unlikely that the euro will retrace more than half its decline, which would take it to around 1.22. Should it recover to that level, we will review whether reintroducing a currency hedge is appropriate. Meanwhile in the next days/weeks, we would not be surprised to see the euro pause and consolidate its recent gains.