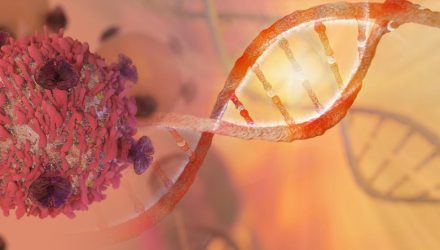 ETF investors interested in the growth opportunities found in the biotechnology segment can look to initiatives in the health care segment, such as the developments in CRISPR genome-editing.

On the recent webcast (available On Demand for CE Credit), As Genome-Editing Evolves, So Do The Investment Opportunities, Brett Winton, Director of Research at ARK Invest, highlighted the opportunities that come with innovation. Previous innovations like the internal combustion engine, the airplane and the internet, among others, have helped produce widespread changes to our daily lives and helped build many various industries. However, he also warned of the risks. For instance, disruptive innovation can happen quickly, comes with uncertainty, doesn’t follow specific sector boxes and has to overcome regulatory hurdles.

“ARK believes that CRISPR is a genome-editing platform that will address the world’s most salient health issues. It is like a ‘molecular swiss army knife’ with a rapidly expanding number of tools that perform different functions,” Samy said.

Research shows the number of human genomes sequenced is expected to surge to 170 million by 2022 from 422,000 back in 2016. Meanwhile, costs could decline to $100 per genome sequenced from the thousands of dollars it costs now. Additionally, the cost of CRISPR, or “editing” DNA, is also falling , along with its time-to-manufacture, which could accelerate the pace of further innovation in the space.

Consequently, we might witnessed usage of CRISPR. Samy highlighted a number of potential improvements that the agricultural sector could experience through CRISPR. For instance, CRISPR minimizes environmental footprint, avoids traditional GMO’s in which foreign DNA infiltrates genes, aids family-owned farms with breeding techniques that lower the risk of disease, meets global demand for a diversified diet and reduces energy consumption associated with inefficient farmed fishing methods.

By 2025, CRISPR could expand the agricultural market by an estimated $170 billion, sustaining projected growth in the global population, Samy said. CAR-T cancer therapy could also generate $250 billion per year in revenues globally, with royalties payable to CRISPR companies. Additionally, CRISPR could dominate the $75 billion annual addressable monogenic disease market – only 5% of diseases caused by a single gene have any available treatment today.