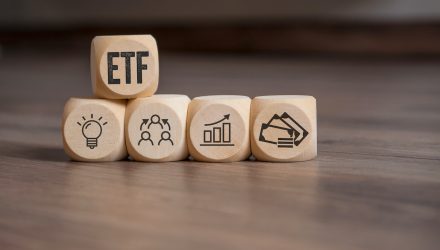 The securities world is constantly in flux and with the latest changes to the market comes what are known as non-transparent ETFs. These new non-transparent ETFs attempt to find a middle ground that allows active managers to mask their strategies while maintaining the pricing of the fund liquid enough that it can be traded throughout the day.

American Century Companies, a privately controlled and independent investment management firm is now the first company to launch a suite of non-transparent ETFs. Ed Rosenberg, senior vice president and head of exchange-traded funds at the American Century discussed how they were doing on CNBC.

The Focused Dynamic Growth ETF (FDG) and Focused Large Cap Value ETF (FLV) are two of the latest entrants from the company.

“Yeah so let me jump into how they are trading first. I mean they’ve been trading well quite honestly, right off the bat. If you look at the products themselves looking about the first day they each traded, over 100,000 shares each…The nice part about this is that spreads have maintained, there’s been investor interest as it slowly gets up on platforms, and so we’ve been buying people have been buying. For focused dynamic growth, it’s a concentrated large cap portfolio… It’s looking for stocks that can lean towards a higher alpha portfolio while they’re concentrated,” said Rosenberg.