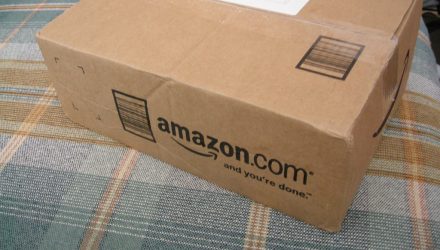 Positive numbers don’t always portend a positive market reaction and Amazon’s latest third-quarter earnings report reflects as such. Despite better-than-expected earnings, shares of Amazon fell after hours by 7% as of 5:45 p.m. ET.

Amazon’s earnings per share came in at $5.75 versus forecasts of $3.14, according to Refinitiv.

“We were particularly impressed by the continued YoY operating margin expansion, which is consistent with our view the company has transformed into a ‘profit machine,’ driven by multiple tailwinds (most notably AWS (Amazon Web Services), which posted an over 30% operating margin for the first time),” Loop Capital’s Anthony Chukumba said in a note published on Thursday.

However, revenue generated came in at $56.6 billion as opposed to the estimated $57.10 million expected by analysts. Adding fuel to the revenue miss flame was a weaker-than-expected fourth-quarter guidance, which came in between $2.1 billion and $3.6 billion–under the $3.8 billion estimate. Earlier this month, Amazon announced it would increase minimum wage to $15 per hour for all U.S. workers, which it factored into its fourth-quarter revenue guidance.

The online retailer’s total revenue climbed 29% as opposed to last year with sales up in North America by $34.3 billion or 35% from last year. Additionally, international sales were 13% higher than last year to $15.5 billion.

“Amazon continued to demonstrate that its various investments are resonating with its very broad and fast-growing customer base, with impressive results across the board,” Charlie O’Shea, Moody’s lead retail analyst, said in a statement.