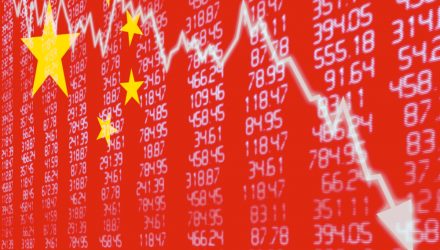 With China Returning to Normalcy, Palladium Perks Up

Amid signs that China’s economy – the world’s second-largest – is rebounding from the coronavirus pandemic, palladium and the Aberdeen Standard Phys PalladiumShrs ETF (NYSEArca: PALL) could follow suit.

As it is, PALL jumped 7.54% on Monday on the above-average volume, underscoring the risk on the nature of the white metal. PALL seeks to reflect the performance of the price of physical palladium, less the expenses of the Trust’s operations.

“Palladium jumped by the most since March amid renewed optimism about China’s economy reopening and planned stimulus for automakers, the biggest consumers of the metal,” reports Bloomberg.

If the U.S. economy bounces back as well, PALL could have significant tailwinds, particularly because palladium remains in a supply deficit.

The current dearth of palladium in the global markets reflects ongoing supply issues as the production of the white metal is constrained. Palladium is typically are mined as a byproduct of platinum and nickel, commodities that are not being backed by any new mining projects any time soon.

“While platinum remains the worst performer among precious metals this year, exchange-traded funds backed by the metal saw the first net weekly inflow since February, according to Bloomberg.

New regulations in China, where Beijing has enacted more strict mandates to combat growing pollution levels in a quickly industrializing emerging economy, will require at least 30% more palladium per vehicle, further adding on to an already elevated global demand.

People are worried that the supply and demand dynamics could be stretched so thin that the market could begin to reflect the surge in rhodium, another major component of catalysts for three-way catalytic converters in automobiles.

Analysts and market observers see platinum group metals remaining in favor of the rest of this year.

“The market for platinum-group metals will remain tight this year as both demand and supply are hit by the pandemic, autocatalyst maker Johnson Matthey Plc,” reports Bloomberg.