You are at:Home»Alternatives Channel»VanEck’s Wide Moat ETF: On the Cusp of Resurgence? 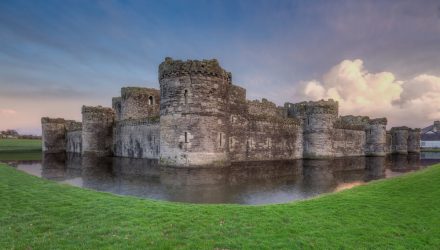 VanEck’s Wide Moat ETF: On the Cusp of Resurgence?

With markets settling into the results posted on Election Day, clarity is here, and that could lift the VanEck Vectors Morningstar Wide Moat ETF (CBOE: MOAT).

To be fair, MOAT has lagged behind the S&P 500 since June, but that could be poised to change in the exchange traded fund’s favor.

“Stock selection has historically been the driver of excess returns in good times, and it has also been the driving force behind this short period of underperformance,” writes Brandon Rakszawski, Van Eck Senior ETF product Manager, in a recent note. “Though the Index shifted its exposure further away from big tech and into select value opportunities, stock selection within the industrials and information technology sectors—and not the underweight to information technology—contributed the most to the Index’s underperformance through the summer months.”

MOAT’s Methodology: How Does Valuation Look?

Just a few months ago, U.S. tech companies were well overvalued according to Morningstar’s forward-looking rigorous valuation research. On the other hand, Morningstar’s wide moat focus investing philosophy systematically targets attractive valuation opportunities, and the Morningstar Wide Moat Focus Index showed that 10% of its holdings were undervalued as of the end of August 2020, compared to 8% as of the end of 2019.

Importantly, the MOAT methodology can help investors catch some rebound plays just as those rebounds are materializing.

“The Index allocated to industrials firm Boeing (BA) in March and June at historically low valuations,” says Rakszawski. “As uncertainty around the global pandemic grew, the aerospace and defense firm’s shares slid through the summer months, but Morningstar remains confident that secular forces driving air travel will return in a post-pandemic world. Additionally, regulatory steps have progressed toward receiving an airworthiness directive from the FAA, which Morningstar expects Boeing to receive this quarter.”

If MOAT’s historical precedent repeats, investors considering the ETF today could be rewarded.

“We can see that the Index has generated stronger annualized excess returns, on average, in periods following months of underperformance than outperformance of the S&P 500,” said Rakszawski.