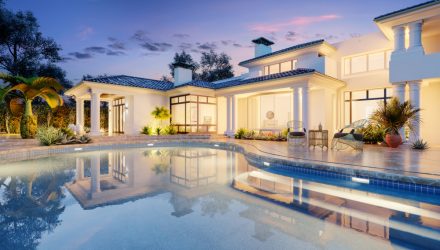 Why the Wealthy Love Bitcoin

Bitcoin’s scintillating run is reminding investors of the glory days of 2017. The digital currency is one of this year’s best-performing assets.

The largest digital currency by market value has plenty of critics, but it doesn’t lack for supporters. In fact, new data suggest high net worth individuals are growing fond of cryptocurrencies.

“As Bitcoin hits $17,800 – near all-time highs – nearly three-quarters of high net worth individuals will be invested in cryptocurrencies before the end of 2022,” reveals a new global poll. The survey, carried out by deVere Group, one of the world’s largest independent financial advisory organizations, found that “73% of poll participants are now already invested in or will make investments in digital currencies, such as Bitcoin, Ethereum and XRP, before the end of 2022.”

How Digital Assets Can Grow

“As the survey shows, this impressive performance is drawing the attention of wealthy investors who increasingly understand that digital currencies are the future of money and they don’t want to be left in the past,” notes DeVere CEO Nigel Green.

Bitcoin has sometimes been referred to as “digital gold,” with supporters suggesting it could be a good safe-haven investment. However, the cryptocurrency has tended to trade closer to equity markets in recent times and has been plagued by massive volatility, which has either made investors fortunes or crushed them.

“No doubt that many of these HNWs who were polled have seen that a major driver of the price surge is the growing interest being expressed by institutional investors who are capitalising on the high returns that the digital asset class is currently offering,” said Green. “They – including some of the biggest Wall Street banks amongst others – are now aware that the world’s biggest and most influential decentralised currency isn’t going anywhere.”