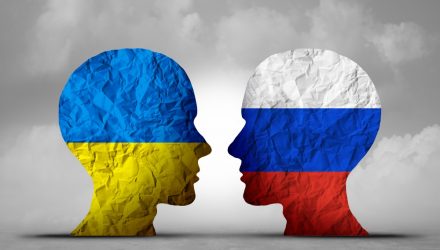 Investors looking to hedge against inflation should consider adding a merger arbitrage strategy to their portfolios.

The most recent gauge on inflation showed that the consumer price index for all items rose 0.6% in January, driving up annual inflation by 7.5%. Geopolitical tensions in Russia and Ukraine have heightened fears that inflation could reach double digits in the near future.

The price of oil is already at an eight-year high, and while it’s not yet clear how material of an impact a broader Russian incursion into Ukraine would have on crude prices, analysts have predicted it will pull them higher.

Surging crude oil prices would have a global impact. Economists have predicted that higher prices for motor fuel, heating oil, and natural gas for American consumers could push inflation into double digits and raise expectations of high prices for months and years to come.

There have been three periods in the last decade where this trend can be observed.

During the segment between August 2020 and September 2021, MERFX’s annualized returns were 2.82%, compared to taxable and tax-exempt bonds, which saw annualized returns of -0.66% and 1.57%, respectively, according to Morningstar and Westchester.

From June 2016 through the end of 2018, MERFX saw 4.75% in annualized returns, compared to taxable and tax-exempt bonds, which saw annualized returns of 0.37% and 0.92%, respectively, according to Morningstar and Westchester.

MERFX also offers the benefit of diversification. Deal risk is modestly to negatively correlated to conventional asset classes, so adding a merger arbitrage strategy to a portfolio may diversify risk in a turbulent market.