You are at:Home»Alternatives Channel»Top 3 Lessons from the ‘90s Investors Should Heed Today 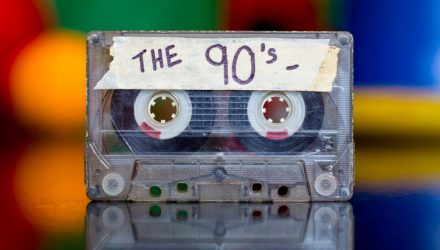 Top 3 Lessons from the ‘90s Investors Should Heed Today

During the ’90s an overstimulated stock market and a tech boom led to strong bull market prior to crashing. Some are drawing parallels between the ‘90s and today’s market conditions, spurring a call to remember the lessons of the past.

The current stock bull market is more than 10 years old, making it the longest in U.S. history and extremely profitable.

Forbes breaks down just how profitable the markets have been: “… the amount of cash that S&P 500 Index companies have returned to shareholders has grown each year since 2009. In the final three months of 2018 alone, S&P companies paid out $119.8 billion, a quarterly record. Total dividends for the full year stood at $456.3 billion, up 9 percent from the previous year—another new record.”

The long economic expansion we’ve seen over the past 10 years have some thinking back to the ‘90s wondering just how long growth can last.

“The big thing to always remember is that trees don’t grow to the moon,” said Bill DeRoche, Chief Investment Officer & Portfolio Manager at AGF Investments LLC. “To the extent you start to see things get very overvalued that should be a signal you should be taking some profits and redeploying them.”

Increased adoption of the internet coupled with investors eager to get in on any dotcom company helped create the dotcom bubble of the ‘90s. When the bubble finally burst and the market spun down, stocks lost $5 trillion in market capitalization.

“We’ve had the best 10-year bull market in history but if you look at the S&P 500, it’s not the S&P 500 that it was 10 years ago,” said Tom Lydon, ETF Trends CEO. “There are 6 stocks that make up 18% and then there are 300 stocks that make up another 18% of that weighting. Most people don’t realize the huge concentration that we have.”

That heavy concentration should give reason for pause, according to DeRoche.

“When you look at how concentrated the S&P has become in terms of being top-heavy with some of the largest names, that’s a concern,” said DeRoche. “Investors should be thinking about taking profits and redeploying them into other areas because the opportunity to keep going up with some of these names is very limited.”

While comparisons between today and the ‘90s have crossover, stock prices are not as hot, speculation is not as feverish, and valuations are not as high. Just how much overlap investors see between now and the ‘90s will help determine appetite for risk.

“We want investors to have exposure but at the end of the day you can’t have too much exposure so we’re trying to get that right level,” said DeRoche. “As we all know the equity markets have this tendency to experience significant drawdowns every decade or so. We’re trying to create ways to insulate against that.”