You are at:Home»Alternatives Channel»This Retail ETF Strategy Is Crushing it this Year 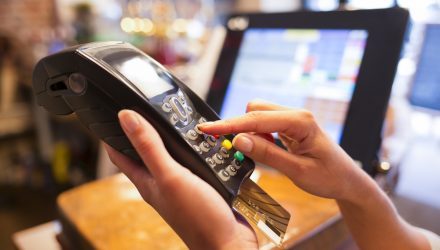 This Retail ETF Strategy Is Crushing it this Year

In retail this year, two things are clear. First, e-commerce is growing by leaps and bounds will continue doing so. Second, many brick-and-mortar outfits are feeling the effects of the move to online retail. Many retail exchange traded funds only capitalize on the first of those two trends. The ProShares Long Online/Short Stores ETF (NYSEArca: CLIX) capitalizes on both.

CLIX tracks the ProShares Long Online/Short Stores Index, which combines two specialized retail indexes into one. It is 100% long the ProShares Online Retail Index, which includes retailers that primarily sell online or through other non-store channels, and 50% short the Solactive-ProShares Bricks and Mortar Retail Store Index that brings together traditional in-store retailers. So, the strategy benefits from the decreased foot traffic to traditional brick-and-mortar shops and from the increased reliance on online sales as more people shop at home.

Recent data confirm there’s something to the year-to-date gain of more than 87% for CLIX.

“J.Crew, Neiman Marcus and J.C. Penney and four other retailers had already filed in May. Lord & Taylor and the off-price shop Stein Mart led another wave that hit earlier this month. Some would say it has been a flood, but what’s coming could be a tsunami.”

E-commerce sales are growing at a rapid pace and undermining in-store retail as consumer habits change and shoppers move online. As popular as they may seem now, online retailers like Amazon and Alibaba only account for about 10% of global retail sales, leaving tremendous room for growth.

A report out Tuesday from the Commerce Department said online retail sales surged 31.8% year-over-year in the second quarter and that e-commerce accounted for 13.1% of all U.S. retail sales during the April through June period.

“The Census Bureau of the Department of Commerce announced today that the estimate of U.S. retail e-commerce sales for the second quarter of 2020, adjusted for seasonal variation, but not for, was $211.5billion, an increase of 31.8percent(±1.2%) from the first quarter of 2020,” according to the report.

Rampant store closures add to the case for CLIX, which is higher by 18% over the past month.