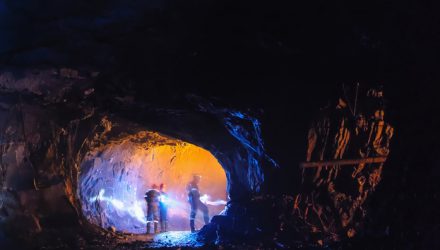 This Mining ETF Could Be In For A Volatile September

Coming off a rough August in which it lost 6.40%, the SPDR Metals & Mining ETF (NYSEArca: XME), which is designed to track the broad metals and mining segment, could face more challenges in September, a month in which the fund historically performs poorly.

“Adding to the cloudy outlook for September is XME’s very makeup. The ETF’s top 10 holdings include a healthy dose of gold miners — like Royal Gold (RGLD) and Newmont Goldcorp (NEM), which last week followed the SDPR Gold Shares ETF (GLD) to new highs,” according to Schaeffer’s Investment Research. “But then there are also quite a few steel stocks, like underperforming AK Steel (AKS) and Nucor (NUE), the latter of which just joined the VanEck Vectors Steel ETF (SLX) in falling to its lowest price since October 2016.”

In August, copper hit a bottom-barrel two-year low as chaos was ensuing in equities. Due to copper’s widespread use, particularly when it comes to home building and commercial construction, it’s a good measuring stick of how well the economy is doing. Good news: sentiment toward the red metal is improving.

“That said — keeping with the unpredictable theme for XME — there’s reason to believe that a bounce could be on the horizon, at least in the short term. The ETF is fresh off a successful test of the $24 area, which has marked major lows for XME since September 2016, after briefly acting as resistance earlier that year,” according to Schaeffer’s.