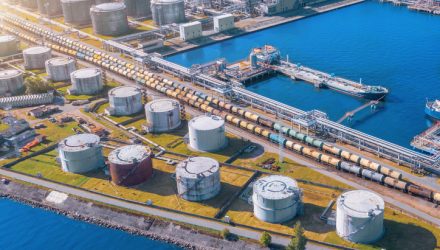 Recent bouts of geopolitical upheaval have sporadically lifted oil prices, but those aren’t catalysts investors can count on. This type of hyperbolic reaction has been infecting the market forever, most recently with the daily vacillations and heightened emotional content related to the U.S.-China trade war, where investors scramble to find the right market play based on hasty social media reactions.

“Oil prices were flat over the last week with Brent trading near $59 while WTI was near $53. On the bearish side, traders continue to lament the lack of progress on US/China talks and generally weak fundamentals,” according to OilPrice.com. “On the bullish side, we had some news of distress from the US shale patch while OPEC confirmed plans to remove barrels from the market through 2020.”

Back to the bearish stuff, investors had a short-lived dance with optimism cheering a ‘Phase 1’ trade deal between the US and China last week which was dashed in favor of extended talks at the end of October,” reports OilPrice.com. “The two sides remain far apart on intellectual property, the US ‘blacklist’ of tech companies and several more issues.

Negotiators now have to work against the next round of tariffs going into effect on December 15th. This was undesirable news in the same week where China’s factory gate prices fell at their fastest pace in more than three years while China’s import data for September revealed a fifth straight decline. As for fundamentals, Reuters poling has traders predicting a fifth straight US crude oil inventory build in this week’s DOE report with stocks already at a healthy y/y surplus.”

Bottom line: near-term bullishness in the oil patch may be fleeting and investors should prepare accordingly.