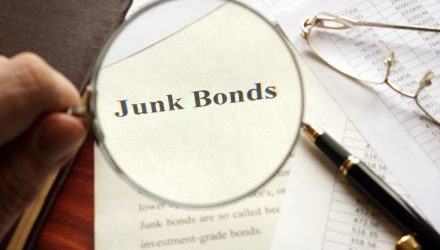 Spreads Indicate These Junk Bonds may Be Worth Considering

As is the case with equities, investors typically lean toward domestic fixed income offerings, but there are some notable income-generating opportunities abroad, particularly for risk-tolerant investors. That includes the VanEck Market Vectors EM High Yield Bond ETF (NYSEArca: HYEM).

HYEM, which turns eight years old in May, follows the ICE BofAML Diversified High Yield US Emerging Markets Corporate Plus Index. That benchmark “is comprised of U.S. dollar-denominated bonds issued by non-sovereign emerging markets issuers that are rated below investment grade and that are issued in the major domestic and Eurobond markets,” according to VanEck.

One reason to consider HYEM is that more than 80 global central banks lowered interest rates this year, including plenty in emerging markets, which is minimizing some of the rate risk associated with this fund.

“Emerging markets corporate high yield bond spreads continue to stand out following the selloff experienced in March and April,” said VanEck Head of Fixed Income Fran Rodiloso in a recent note. “While U.S. high yield bond spreads remain elevated, they are tighter compared to the widest levels reached in late March. In addition to the magnitude of the spreads, which continue to hover around 1,000 basis points, the yield pickup versus U.S. high yield corporate bonds remains historically wide. Since 2004 this differential has averaged 108 basis points, but was 224 basis points as of May 19, 2020, nearly two standard deviations away from this long-term average.”

When comparing global central bank monetary policies, most developed countries have heavily relied on quantitative easing and low interest rates to bolster their economies. Meanwhile, many emerging market central banks have more room to run with their easing policies, which may continue to support their local debt securities.

“We believe emerging markets energy issuers have held up better than U.S. issuers overall due to the greater presence of quasi-sovereigns,” said Rodiloso. “Elevated spreads, however, are not confined to these most impacted sectors, and as shown below, these sectors do not have significantly greater weights within emerging markets compared to the U.S. market, indicating a general re-pricing of risk within emerging markets rather than sector-led weakness.”

HYEM, which recently turned eight years old and has nearly $325 million in assets under management, holds almost 700 bonds and yields over 7%.

China, Brazil and Turkey combine for nearly a third of the ETF’s geographic exposure.