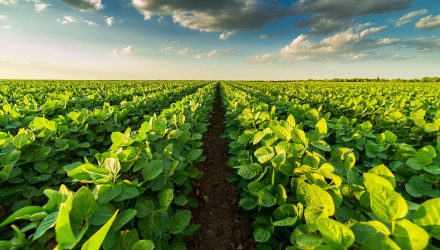 As tensions heighten between the United States and China in a protracted trade war, soybean farmers are caught in the middle and suffering from a decline in exports to China. Struggling to stay afloat, soybean farmers are now targeting alternative markets where they can export their goods.

“This year our exports to China look like they’ll be a third of what they had been in the last few years, so instead of being 30 million tons like they were last year, it looks like they’ll be around 10 (millions tons) this year…That’s a huge difference,” Sutter told CNBC at the S.E. Asia U.S Agriculture Co‐operators Conference in Singapore.

China is the world’s largest consumer of soybeans and accounted for 60% of U.S. soybean exports before the trade dispute pulled shipment levels down. China made up $5.9 billion in U.S. farm product exports in 2018, according to the U.S. Census. Brazil, India, and Argentina trail behind, after the United States, to round out the top five consumers of soybeans.

These other markets may be on the shortlist for soybean farmers to target now that China has backed off due to tariffs President Trump says will be commencing in the fall. The president says that the U.S. will impose 10% tariffs on $300 billion of Chinese goods starting September 1.

More rapidly growing markets have absorbed half of the remaining stocks include Europe, emerging regions in Southeast Asia, Egypt, Bangladesh and Pakistan.

However, other factors are affecting soybeans as well, as there are weather concerns for the crops, which could help to balance the price of the goods out.

Recently “it’s been slashing to the downside because of the Chinese uncertainties in the trade war,” said Don Roose of U.S. Commodities in West Des Moines, Iowa. “It’s pushed us down to the oversold level,” he said,

Typically, lack of clarity about weather and crop development pressures prices upward while concerns over the trade war and loss of markets drives them down.

Teucrium Soybean (SOYB) is an ETF that tracks the soybean futures market for investors interested in the crop and allocating a part of their portfolios.