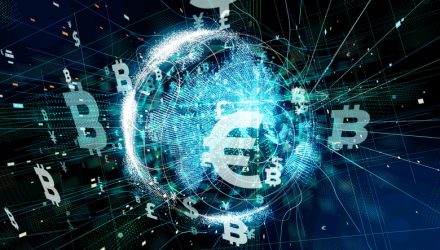 There are sectors and industries where are a small number of players maintain dominant percentages of market share. The cryptocurrency universe has some examples of that trend, too. For instance, by some estimates, the largest traders control about 20% of bitcoin, but another digital coin has an even more staggering percentage wrapped up by a small number of market participants: tether.

“While large holders of Bitcoin that are commonly referred to as whales own almost a fifth of the largest cryptocurrency, researcher Coin Metrics says the unique identifiers known as addresses show that only about 300 entities control around 80% of Tether, the token that serves as a conduit for trading on many of the world’s largest crypto exchanges,” according to Bloomberg.

Talking Tether In A Crypto World

Tether is one of the original and most widely known “stablecoins,” a digital coin linked to a more traditional underlying asset, such as gold or U.S. dollars.

“Tether has over $3.5B in assets linked to the U.S. dollar and tens of millions in daily trading volume,” according to VanEck. “Tether is widely accessible, trades across many of the largest crypto exchanges and is issued on the Bitcoin, Ethereum, Tron and EOS blockchains. Tether is sponsored by the founders of the crypto exchange Bitfinex.”

Tether has been around for four years, and although it is supposed to be a stablecoin, it has found controversy and drawn the ire of some regulators, including the attorney general of New York.

“Tether has been at the center of controversy since it was introduced in 2015 as a way to provide liquidity to exchanges because lingering concerns about illegal uses have made it difficult for them to secure banking services,” according to Bloomberg. “New York’s attorney general in April accused the companies behind Tether of engaging in a cover-up to hide losses and co-mingling client and corporate funds. Some of the founders and biggest exchanges have even been referred to on social media as the Tether Mafia.”

Market observers are concerned that due to the massive concentration of tether holdings among a small number of traders will lead to those traders to move bitcoin prices and increase volatility in an already volatile market.

Should any of the tether “whales” decide to sell large chunks of their holdings in a day, that would likely move the market and increase volatility.