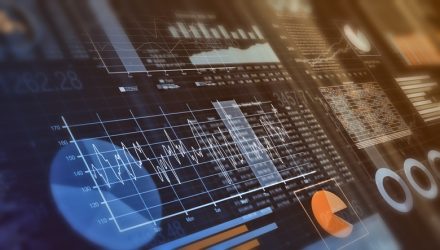 Proper Positioning For a Small-Cap Rebound

Small-cap stocks and ETFs have been lagging large-cap counterparts for months, a scenario that has some market observers pondering the possibilities of more significant declines broader benchmarks, but it’s also possible that smaller stocks rebound in intense fashion over the near-term.

Larger Gap Than Ever

Thus far, the performance between small-cap equities versus large-cap equities is seeing a larger gap than ever before, which could be signaling that something is awry in the economy. However, something could be brewing that could make investors want to take a second look at small caps for a potential value play in the works.

However, recent data indicate the economy is still expanding and that could bode well for SIZ.

On Thursday, the second-quarter GDP revision was pared down to growth of 2.1%. There was some good news in that GDP report that indicates the oft-discussed recession isn’t as imminent as previously thought,” according to InvestorPlace. “Second-quarter consumer spending surged 4.7%, above the 4.3% forecast in July, good for the best reading in five years.”

Weak inflation could help strengthen the small-cap segment since these smaller companies are more closely tied to the domestic economy than heir larger multi-national peers. Small-caps are more insulated from the negative effects of a strong USD since most of their revenue come from the domestic economy, whereas larger companies have more overseas exposure, so foreign revenues are smaller when converted back to the strong dollar.