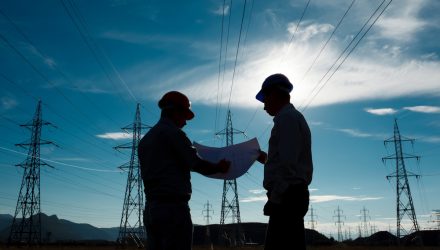 Thanks to 2020 being a presidential election year, infrastructure is again in style, a scenario that could benefit ETFs such as the AGFiQ Global Infrastructure ETF (GLIF).

The AGFiQ Global Infrastructure ETF uses a multi-factor investment process to seek long-term capital appreciation by investing primarily in global equity securities in the infrastructure industry. President Trump is pitching a 10-year, $1 trillion infrastructure plan, which is scaled back from his 2016 campaign trail plan.

“The heart of the $1-trillion infrastructure package would be an $810-billion, 10-year surface transportation reauthorization, which the White House and Dept. of Transportation outlined,” reports The Engineering News-Record. “According to administration figures, highways, unsurprisingly, would account for the largest share, $602 billion, followed by transit, with $155 billion.”

In the U.S., there are infrastructure shortfalls that need to be plugged up.

“But the Highway Trust Fund—the prime federal revenue stream for highways and transit—is $261 billion short of the amount needed to cover all of the administration’s envisioned $810-billion, Joel Szabat, DOT’s acting undersecretary for policy,” according to The Engineering News-Record.

The Organization for Economic Co-operation and Development is calling for $70 trillion needed in infrastructure spending around the world, but governments have only earmarked $45 trillion, leaving a gap of around $25 trillion that is not going to be covered. Consequently, private spending may need to step in to fill the gap. Non-surface transportation is another important part of the equation, one that some GLIF components address.

“The non-surface transportation portion of the infrastructure package would total $190 billion, all in direct federal dollars,” notes Engineering News-Record. “That category would include $60 billion for new Building Infrastructure Great grants. Surface transportation projects would be eligible, along with projects in such sectors as ports, river locks and dams, drinking-water, waste treatment; energy and broadband.”

Those are the type of everyday issues that appeal to voters and politicians are keenly aware of that, meaning those ideas could receive renewed attention as Election Day draws closer, potentially benefiting ETFs like GLIF in the process.