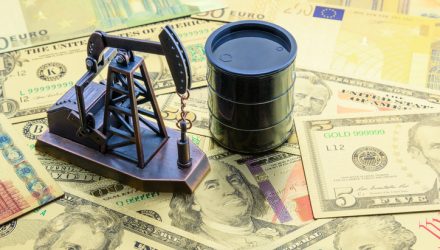 That news came ahead of the next meeting of the Organization of Petroleum Exporting Countries (OPEC). Russia isn’t an official member of the cartel, but as one of the world’s largest oil producers, the country is viewed as part of “OPEC +.”

“Brent has rallied about 15% this year, supported by a pact by the Organization of the Petroleum Exporting Countries and its allies, including Russia – a group known as OPEC+ – to cut combined oil output by 1.2 million barrels per day from Jan.1,” reports Reuters.

“Russia is unlikely to agree to deepen cuts in oil output at a meeting with fellow exporters next month, but could commit to extend existing curbs to support Saudi Arabia, three sources said,” according to Reuters.

Weekly U.S. inventories data is scheduled to be released Wednesday, prompting speculation that the report will show another increase in supply. The U.S. and Russia are two of the world’s top producers and both countries are pumping at record levels.

“OPEC and its allies will consider whether to deepen cuts to crude supply when they next meet in December due to worries about weak demand growth in 2020, sources from the oil-producing club said,” reports Reuters.