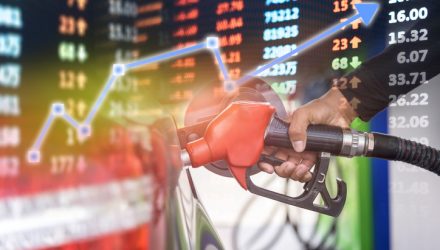 “The Organization of Petroleum Exporting Countries and its allies are more likely to stick to their current output targets and encourage members to comply more fully, the delegates said, asking not to be identified because the talks are private,” reports Bloomberg.

The cartel is scheduled to meet in Vienna on Dec. 5 and 6.

“OPEC is anticipating a supply glut in the first half of next year and prices are already lower than most members need to balance their budgets. The group could face further pressure in 2020 as U.S. shale-oil supplies boom and global demand increases slowly,” according to Bloomberg.

Then there are the US/China trade talks to consider. Those negotiations could prove pivotal when it comes to crude’s performance into year-end.

Negotiators now have to work against the next round of tariffs going into effect on December 15th. This was undesirable news in the same week where China’s factory gate prices fell at their fastest pace in more than three years while China’s import data for September revealed a fifth straight decline. As for fundamentals, Reuters’ poling has traders predicting a fifth straight US crude oil inventory build in this week’s DOE report with stocks already at a healthy y/y surplus.”

“A key obstacle to any new agreement is that some countries haven’t yet delivered the cutbacks they agreed to at the start of the year when OPEC+ pledged to collectively reduce supplies by 1.2 million barrels a day. Iraq and Nigeria have mostly increased output instead of delivering their promised curbs,” according to Bloomberg.