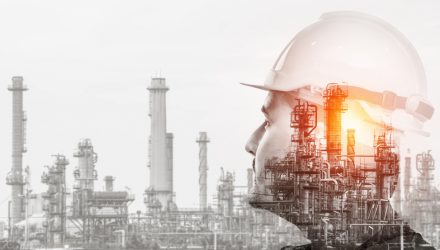 Energy markets and sector-related ETFs surged Wednesday, recouping some of the previous losses, despite reports of rising crude stocks.

The energy market, which is viewed as a proxy for economic growth, has been among the worst hit assets in response to the growing threat of the spreading coronavirus in China and its effects on the global economy. China is the second largest economy in the world and biggest importer of oil, and many anticipated a slowdown in the emerging economy due to the disruptions form widespread quarantines that Beijing has implemented to limit the spread of the novel virus.

The markets may also be rebounding on hopes of two drugs that could help contain the coronavirus, but there has been no independent scientific study to verify its veracity.

Oil’s move was on the back of “a cheap headline about a university in China finding a drug,” Edward Marshall, commodities trader at Global Risk Management, told the WSJ, arguing that the reaction to the reports suggested traders were looking for a reason to buy oil.

The surge in energy markets comes despite the Energy Information Administration’s release of updated U.S. crude oil stockpiles, which showed inventories rose by 3.4 million barrels for the week ended January 31 to 435 million barrels, compared to expectations for a 2.8 million-barrel rise, Reuters reports.

“Generally speaking, the report probably had nothing shocking enough to ruin the momentum of the big crude comeback that we are seeing today,” Phil Flynn, analyst at Price Futures Group, told Reuters.