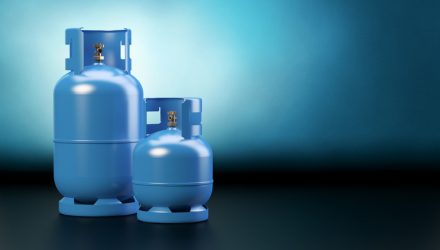 Natural gas prices and related ETFs have come under pressure from increased supply out of the booming shale industry, and now, a new rising supply line from decomposing biomass threatens to further weaken fundamentals.

The United States Natural Gas Fund (NYSEArca: UNG) declined 19.3% over the past month and decreased 27.0% so far this year while the Nymex natural gas futures dipped to $2.25 per million British thermal units.

New projects around the country could add a type of renewable natural gas supply of methane, or biogas, to the country’s energy market, the Wall Street Journal reported.

For example, anaerobic digesters that break down organic waste into usable fuel and fertilizer are being built at chicken houses on the Delmarva Peninsula.

While this renewable biogas is typically more expansive than its natural gas counterparts, its application has appealed to utilities, municipalities and others since the renewable source helps companies meet carbon-reduction goals and creates low-carbon fuel standard credits. According to Bank of America Merrill Lynch analysts, the production of pipeline-quality gas from manure and meat-processing byproducts is especially attractive to investors since the significant carbon reductions helps raise the value of low-carbon fuel standard credits.

The production of biogas is still in its nascent stages. About 1.1 billion cubic feet is produced per day, or about 1% of total U.S. gas production, but output is expanding at a 4% pace per year, Bank of America Merrill Lynch analysts added. “Any biogas growth adds to the already oversupplied natural gas market,” they said.

Power producer Dominion Energy Inc. and Smithfield Foods Inc., for example, said they would expand to $500 million their existing plans to build anaerobic digesters around the country. Dominion spokesman Aaron Ruby projected that once they are all operational by 2029, the decomposition lagoons would produce about five billion cubic feet of gas annually.