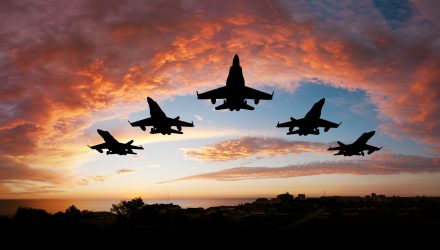 Is It Time To Buy Stocks After The Middle East Attack?

U.S. markets were roiled in overnight trading and into Friday after President Donald Trump stunned investors with an American airstrike that killed Iran’s top military general. But rather than generate a buying opportunity in this potentially overbought bull market, at least one analyst suggests that investors should hold off from buying stocks Friday, despite the persistent uptrend since October.

“I would not be excited about jumping in here because … we’re not giving up enough,” Jim Cramer said on CNBC.

The analyst and television host said exercising caution is crucial when geopolitical incidents upset the financial markets. While it may be enticing to jump into depressed stocks that could be unaffected by further tensions with Iran, Cramer said Friday is not the day to buy them.

“This is Day One. I’m not saying it’s the end of the world, I’m saying Day One is rarely the best day,” Cramer said. “Day Two you start seeing the opportunity to buy a Pfizer or [Eli Lily].”

With the bull market running on into its eleventh year, the S&P 500 climbed over 28% in 2019 and markets continued to show strength Thursday, the first day of trading in 2020.

While markets have rallied back a bit from their earlier dramatic losses, Friday trading showed initial declines of about 0.6% to 0.7% across the major indexes, “we’re just giving up what we’ve had for the last couple days,” Cramer said on the segment. “So I’m not telling people to jump on this one.”

In traditional fashion, the Iranian government claimed it will retaliate for the death of Soleimani, who was in Baghdad, Iraq, when he was killed, prompting the U.S. State Department to admonish American citizens to leave Iraq.

In addition to driving stock prices down precipitously, the airstrike, resulted in a surge in oil prices, sending the oil ETF, USO, up over 3%, and heightening tensions between the U.S. and Iran.

Still despite the run-up in oil prices on Friday, Cramer also advised investors to exercise patience when deciding whether to invest in the industry.

It’s a good opportunity for oil companies to sell futures, Cramer said, but “I certainly would not be a buyer of this group.”