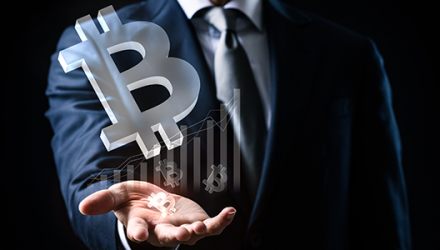 Institutional Investors Are Piling into Bitcoin

If I asked you how many hospital beds the U.S. has, what would you say? Two million? Five million?

Try 924,000. That’s right: The U.S. currently has under 1 million hospital beds for a population of approximately 330 million, according to the American Hospital Association (AHA). By my calculation, that comes out to 28 beds per 10,000 people.

This is the real threat posed by the pandemic, as I see it. Supply-demand imbalances can often be favorable when we’re talking about asset prices, but they’re not ideal during a global health crisis.

As of today, more than a third of Americans live in areas that are critically short on intensive care unit (ICU) beds. All of Southern California—a region that’s home to around 25 million people—is now at 0% availability.

And it’s not just beds. Hospitals in half of the states are reporting severe shortages in nurses, doctors and other staff.

I have only admiration for our nation’s frontline medical workers, many of whom have not seen any respite this holiday season. On behalf of everyone at U.S. Global Investors, I extend my sincerest gratitude. The greatest gift we can give them is for us to remain safe and follow precautionary recommendations.

Last week the Federal Reserve left interest rates near zero and committed to continue its bond-buying program until “substantial progress” has been made regarding employment and inflation. Initial jobless claims increased for the second straight week, hitting 885,000 in the week ended December 12—the most since early September.

I was floored to see just how much the Fed is buying—and will continue to buy—each month. The central bank is gobbling up as much $120 billion of debt, split between $80 billion of Treasuries and $40 billion of mortgage-backed securities (MBS).

The size of the Fed’s balance sheet now stands at a staggering $7.36 trillion, or 34% of gross domestic product (GDP).

Fed policy has crushed the U.S. dollar, now on track to record its worst year since 2017. Last Thursday, the U.S. Dollar Index, which measures the currency against those of other major economies, traded below 90 for the first time in more than two years.

This has all been very supportive of hard asset prices and haven demand. Gold notched its third straight week of gains and is currently poised to have its best year since 2010, when the yellow metal advanced nearly 30%. Copper, meanwhile, has now advanced for seven straight weeks and is trading at its highest price in close to eight years.

And then there’s Bitcoin. The world’s biggest cryptocurrency has surged nearly 220% this year, touching an all-time high of $23,717 in intraday trading last Thursday.

I’ve seen numerous market “experts” declare this another crypto bubble similar to 2017. But unlike then, the current run-up is driven not just by retail investors but also big-name investors, institutions, hedge funds and more.

Those include people like billionaire investor Paul Tudor Jones, who’s buying Bitcoin in response to unprecedented money-printing, as well as firms like Massachusetts Mutual Life Insurance (MassMutual), which purchased $100 million of the digital currency earlier this month.

Although $100 million is a relatively small position for the insurance company, it was enough to turn some heads.

“MassMutual’s Bitcoin purchases represent another milestone in the Bitcoin adoption by institutional investors,” JPMorgan strategists wrote in a recent note to clients. “One can see the potential demand that could arise over the coming years as other insurance companies and pension funds follow MassMutual’s example.”

Another Bitcoin bull is Scott Minerd, chief investment officer of Guggenheim Investments, which has $233 billion in total assets under management (AUM).

Speaking to Bloomberg on Wednesday, Minerd said he believes Bitcoin should be worth—are you sitting down?—$400,000. HIs outlook is based on Bitcoin’s scarcity and relative valuation to gold as a percent of GDP.

“Bitcoin actually has a lot of the attributes of gold and at the same time has an unusual value in terms of transactions,” he said.

Crypto miners and blockchain firms have likewise done well this year. I’m pleased to tell you that HIVE Blockchain Technologies was up nearly 2,800% on Friday, which has pushed its market cap above C$950 million. This puts it on a trajectory to hit a C$1 billion valuation before the end of 2020.

Coinbase Files for IPO; Robinhood IPO Could Come as Early as Q1 of 2021

Soon there may be another way for investors to participate in cryptocurrencies besides buying them outright or investing in miners like HIVE. In a press release last week, the North American crypto trading platform Coinbase said it submitted paperwork with the Securities and Exchange Commission (SEC).

The Silicon Valley unicorn is valued at an estimated $28 billion, according to data firm Messari, and sees around $1 billion in trading volume every day.

Coinbase isn’t the only online exchange that’s weighing a public offering. Robinhood, the six-year-old trading app favored by younger, less experienced investors, is eyeing the first quarter of 2021 as a potential IPO target. After stocks collapsed in March and April of this year, the number of people who downloaded and started using Robinhood surged to 13 million, up from 2 million three years earlier. These millennial investors beat Warren Buffett at his own game, buying up distressed airline stocks at a time when the Berkshire Hathaway chief was selling.

Before listing, Robinhood will need to deal with recent complaints brought against it by regulators in Massachusetts, which allege the brokage firm “lured” inexperienced investors by turning investing into a game. Last week, Robinhood agreed to pay $65 million to settle SEC investigations into how it generates revenue from business deals with high-speed trading firms.

A Banner Year for IPOs

Robinhood’s potential listing in Q1 of 2021 would follow a banner year for companies going public, particularly tech companies. As of December 18, there have been 470 IPOs on the U.S. stock market, a little more than double the amount last year. Three of the 10 biggest U.S. tech IPOs of all time, in terms of capital raised, occurred in 2020. In September, data management firm Snowflake raised $3.36 billion on its opening day, a sum beaten slightly by DoorDash ($3.37 billion) and Airbnb ($3.50) in December.

These have been monster deals that demonstrate just how valuable intangibles really are. Take a look at Airbnb. The company, which does not own any hotels or properties of its own, now has a higher valuation than the combined market caps of Marriott, Hyatt and Hilton combined.

Is gold overbought or oversold? Trace the metal’s moves by watching my latest video – click here!

The U.S. Dollar Index is an index of the value of the United States dollar relative to a basket of foreign currencies, often referred to as a basket of U.S. trade partners’ currencies.

The standard deviation is a statistic that measures the dispersion of a dataset relative to its mean and is calculated as the square root of the variance.

Holdings may change daily. Holdings are reported as of the most recent quarter-end. The following securities mentioned in the article were held by one or more accounts managed by U.S. Global Investors as of 9/30/2020: Facebook Inc., Hilton Worldwide Holdings Inc., Alibaba Group Holdings Ltd.