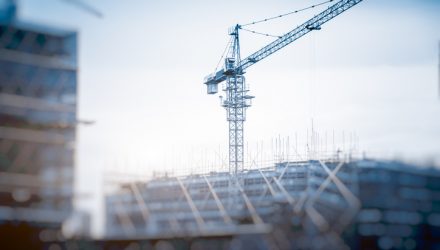 Infrastructure Investing And Politics Meet Again, With A Catch

As another presidential election looms, it’s a safe bet that infrastructure ETFs, including the AGFiQ Global Infrastructure ETF (GLIF), will receive more attention. After all, politics frequently act as an impetus and a stumbling block to infrastructure as an asset class.

In terms of politics, this time its Democratic presidential candidate and former Vice President Joe Biden promising to spend $1.3 trillion on domestic infrastructure needs should he win the presidency. But there’s a catch when it comes to that spending.

“The Biden campaign said it would pay for ‘every cent’ of the $1.3 trillion plan through tax increases on corporations and the wealthy,” reports CNBC. “It plans to fund the infrastructure overhaul through what it called ‘reversing the excesses of the Trump tax cuts for corporations; reducing incentives for tax havens, evasion, and outsourcing; ensuring corporations pay their fair share; closing other loopholes in our tax code that reward wealth, not work, and ending subsidies for fossil fuels.’”

GLIF is an appealing idea for long-term investors not just because of its status as a defensive yield play, but also due to favorable fundamental factors.

However, Biden’s plan is the latest in a series of ideas from Democratic contenders that involved significant taxes on the wealthy. Some of those ideas have been met with resistance, by the ultra-wealthy of course, and will be put to the test over the course of the 2020 primary and election seasons.

“Biden has specifically called for raising the corporate tax rate to 28% from 21%. It stood at 35% before Republicans passed tax cuts in 2017,” according to CNBC.