You are at:Home»Alternatives Channel»How We’re Positioning Natural Resources for a Potential “Blue Wave” 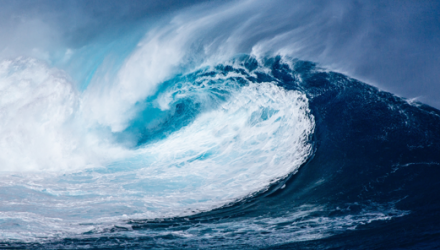 How We’re Positioning Natural Resources for a Potential “Blue Wave”

You would be excused for not putting any faith in such polls, as they only misled voters four years ago. What’s more, even though Trump has a historically low approval rating heading into the election, the odds are stacked against Biden. Since 1900, only five incumbents (Taft, Hoover, Ford, Carter and H. W. Bush) have lost to their presidential challengers.

And yet, it may be time to face the real possibility that Biden will be sworn in come this January. We could also see a so-called “blue wave,” whereby the Democrats pick up control of not just the White House but also both chambers of Congress.

This development would surely have a huge impact on markets, and I expect there to be some rotation out of Republican-friendly industries (fossil fuels, for instance) and into those poised to benefit from potential policies enacted by a President Biden and Democratic-controlled Congress.

Before continuing, I should point out that here at U.S. Global Investors, we’re politically agnostic and have no explicit preference as to which party is in power. It’s the policies that matter above all else, and we choose to see opportunities where other firms and investors may see only roadblocks.

Looking just at natural resources, we believe the place to be in anticipation of a “blue wave” is renewable energy. That includes not just wind and solar manufacturers but also the mineral producers that supply these companies. We particularly like copper and nickel since they’re among the metals that could see an increase in global demand alongside the electrification of everything from our cars and buses to the entire power grid.

The case for renewables should be apparent, but just in case, let’s look at what Biden has proposed. In mid-July, the candidate unveiled an ambitious clean energy plan worth $2 trillion, or 2.4 percent of U.S. gross domestic product (GDP). The long-term goal is for the U.S. to be carbon-free no later than 2050, but before then, Democrats are eyeing 2035 as the year when 100 percent of all electricity in the U.S. is generated without fossil fuels.

Today, only 18 percent of U.S. electricity comes from renewables. As I said, the plan is ambitious.

Demand for oil and other fossil fuels is expected to continue growing on an annual basis for some time longer, but the pandemic has exposed serious vulnerabilities. The Organization of Petroleum Exporting Countries (OPEC) estimated in its September report that the global recession has reduced 2020’s oil demand by an incredible 9.5 million barrels a day.

Even before the pandemic, traditional energy markets were struggling despite Trump’s steps to deregulate the industry. From his inauguration in January 2017 to the end of 2019, energy was the only S&P 500 sector to deliver a negative return, down 16.6 percent. Year-to-date through October 13, energy is one of five sectors with a negative return, and yet it’s down the most at negative 48.9 percent.

The S&P Global Clean Energy Index, on the other hand, is up 80.0 percent year-to-date through October 13, with half of those gains made in the last 30 days alone. This suggests to me that investors may be positioning for a potential Biden victory.

A significant shift in investor sentiment toward renewables already took place earlier this year when the collective market cap of clean energy stocks surpassed that of oil giant ExxonMobil. The clean energy group—which includes companies like Vestas Wind Systems, Plug Power, Sunrun and Siemens Gamesa Renewable Energy (SGRE)—is now valued at just under $200 billion, compared to Exxon at $145 billion. That’s down substantially from a market cap of half a trillion dollars in 2007.

Demand for renewable energy is not limited to the U.S., of course. Europe is home to some of the biggest wind energy firms, including Vestas (Denmark) and SGRE (Spain)—we own both in our Global Resources Fund (PSPFX)—and over the past decade we’ve seen demand for renewables grow at an uninterrupted pace.

According to an October 8 report, the Norwegian energy firm ECOHZ announced that European demand for renewable energy hit a new all-time high in the first half of 2020, despite the pandemic. Demand hit 530 terawatt hours (TWh) in the first six months of the year, an increase of 15 percent over 2019. The figure is not only higher than any past first half to a year, but it’s also higher than most full years, 2019 being the only exception.

Vestas is scheduled to report third-quarter earnings on November 4, and we’re expecting to see higher revenues and margins on strong orders. What makes Vestas particularly attractive is its fast-growing service business. It has around 105 gigawatts (GW) of wind turbines under service, with an average service duration of around nine years per turbine. This helps ensure a reliable revenue stream over a good period of time.

Infrastructure Could Also Be a Beneficiary

Let’s return to the U.S. Another beneficiary of the Democrats’ spending goals, should they come into power, is infrastructure, with potential windfalls available to companies involved in construction and building materials, mass transit, air transportation, broadband and more.

Investors can get a good idea of where lawmakers might allocate spending in the $1.5 trillion “Moving Forward Act,” passed in July by the Democrat-controlled House but never taken up by the Republican-controlled Senate. Among other things, the bill includes $494 billion for highways, mass transit and rail; $300 billion for existing roads and bridges; and $70 billion for renewable energy.

Biden has said he hopes to provide quality transportation to all Americans in municipalities of over 100,000 people by 2030. That entails improving existing bus lines as well as installing light-rail networks.

It should be noted that Trump has also been in favor of spending more on infrastructure for the entire duration of his presidency so far, and should he win reelection, it’s possible he may ask Congress for a bill at some point in his second term. In June, it was being reported that the Trump administration would soon be releasing its own infrastructure plan, rumored to be valued at $1 trillion, but as of today no details have emerged.

If you recall from one of my posts back in February of this year, we began taking steps to pivot away from fossil fuels and into renewable energy in our Global Resources Fund (PSPFX). Besides Vestas and SGRE, we maintain positions in Canadian Solar, Atlantica Sustainable Infrastructure and Plug Power, while underweighting our exposure to oil and gas explorers and producers. As of September 30, our largest oil position, at 1.40 percent, was Russia’s Lukoil, which we like for its generous dividend yield and growth rate (12.68 percent and 116.80 percent, respectively, for the 12-month period through October).

This is in stark contrast to the fund’s benchmark, the S&P Global Natural Resources Index, which has absolutely no exposure to wind, solar or hydro as of September 30.

What’s more, the natural resources index has limited exposure to producers of certain metals, including copper, that may be in higher demand in the years to come as renewables’ share of energy generation increases.

As of September 30, the number one position in PSPFX was copper explorer Ivanhoe Mines. Other copper-focused firms include Chakana Copper and CopperBank Resources. These companies cannot be found in the S&P Global Natural Resources Index.

I think the results speak for themselves. Below you can see the performance of PSPFX compared to the benchmark year-to-date through October 12. Following March’s market bottom due to the pandemic, PSPFX began to decouple from the benchmark. It was up nearly 9 percent, while the benchmark was down 14 percent over the same period.

Even if you missed the run-up so far this year, I don’t believe it’s too late to start participating. A lot of the trading since March has been sentiment-driven, but should there be a “blue wave” next month, and if policies are enacted that favor renewables, I would expect there is potential to see even further gains.

I invite you to consider PSPFX as your access to renewable energy. Explore the fund today by clicking here.

Expense ratios as stated in the most recent prospectus. The Adviser of the Global Resources Fund has voluntarily limited total fund operating expenses (exclusive of acquired fund fees and expenses of 0.02%, extraordinary expenses, taxes, brokerage commissions and interest, and advisory fee performance adjustments) to not exceed 1.90%. Total annual expenses after reimbursement were 1.58%. Performance data quoted above is historical. Past performance is no guarantee of future results. Results reflect the reinvestment of dividends and other earnings. For a portion of periods, the fund had expense limitations, without which returns would have been lower. Current performance may be higher or lower than the performance data quoted. The principal value and investment return of an investment will fluctuate so that your shares, when redeemed, may be worth more or less than their original cost. Performance does not include the effect of any direct fees described in the fund’s prospectus which, if applicable, would lower your total returns. Performance quoted for periods of one year or less is cumulative and not annualized. Obtain performance data current to the most recent month-end at www.usfunds.com or 1-800-US-FUNDS.

Investing involves risk. Principal loss is possible. Foreign and emerging market investing involves special risks such as currency fluctuation and less public disclosure, as well as economic and political risk. Because the Global Resources Fund concentrates its investments in specific industries, the fund may be subject to greater risks and fluctuations than a portfolio representing a broader range of industries.

The S&P 500 Index is widely regarded as the best single gauge of large-cap U.S. equities and serves as the foundation for a wide range of investment products. The index includes 500 leading companies and captures approximately 80% coverage of available market capitalization. The S&P Global Natural Resources Index includes 90 of the largest publicly-traded companies in natural resources and commodities businesses that meet specific investability requirements, offering investors diversified, liquid and investable equity exposure across 3 primary commodity-related sectors: agribusiness, energy and metals & mining. The S&P Global Clean Energy Index provides liquid and tradable exposure to 30 companies from around the world that are involved in clean energy related businesses. The index is comprised of a diversified mix of Clean Energy Production and Clean Energy Technology and Equipment Providers companies. It is not possible to invest in an index.

There is no guarantee that the issuers of any securities will declare dividends in the future or that, if declared, will remain at current levels or increase over time. The dividend yield is the annual dividends per share divided by the price per share, expressed as a percentage.