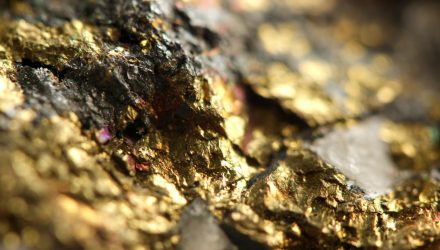 GDX, the largest ETF in this category, is comprised of global gold miners, with a notable tilt toward Canadian and U.S. mining companies. Stock fundamentals like cost deflation across the mining industry, share valuations below the long-term average, and rising M&A are all supportive of the miner’s space as well, but those fundamentals could be glossed over if the dollar strengthens.

“The total transaction value of mergers and acquisitions in the second quarter of the year reached $2.86 billion in twelve deals, with Chinese buyers acquiring gold assets and smaller companies joining forces to become mid-tier producers, the Bank of America Securities says in a new report,” according to Northern Miner. “The investment bank noted that the 12 transactions represented the highest quarterly total since the fourth quarter of 2012, and the dollar value was nearly double that seen in M&A deals during the first quarter of 2020.”

It’s no secret that gold has been a major beneficiary during the coronavirus pandemic as a viable safe haven asset amid all the uncertainty in the capital markets. But investors don’t actually have to get pure play gold exposure in order to reap the benefits of the precious metal—enter gold miners.

Gold certainly had its run during the uncertainty of the Covid-19 pandemic, but as more economies around the world look to return to normal, the precious metal could lose its luster for the rest of 2020. That, however, could pose a buying opportunity for investors looking for gold exposure.

Goldman Sachs also projected a favorable gold outlook as aggressive monetary policies will fuel debase the dollar and drive up inflation. Goldman analysts raised their 12-month gold forecast by 11% to $2,000 per ounce, highlighting low-real interest rates and concerns over the U.S. dollar.

“Describing the current investment climate as a ‘buyer’s market for companies,’ Bank of America (BofA) noted that five of the transactions with reserves that took place in the second quarter of the year ‘were priced at a 23% discount to the prevailing gold price, below the historical range of -20% to +10%,’” reports Northern Miner.