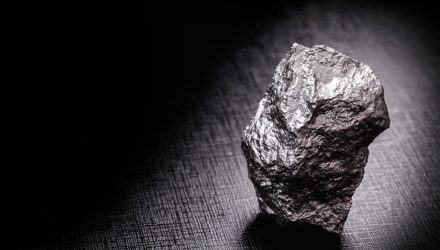 The Aberdeen Standard Physical Palladium Shares ETF (NYSEArca: PALL), which seeks to reflect the performance of the price of physical palladium, has long been one of the best-performing commodities ETFs and, for a while, PALL was proving sturdy in the face of coronavirus headlines.

That changed in significant fashion last Friday when the fund tumbled 11.58% on volume that was quadruple the daily average. A decline of 10% is considered a correction.

With the Chinese economy on fragile ground, at least for the current quarter, palladium could see more near-term risks.

Meanwhile, the coronavirus outbreak has disrupted normal car production in China as factors were forced to stop operations to curtail the spread of the contagion, the Wall Street Journal reports. For example, Germany’s Volkswagen AG postponed production at some of its Chinese-operated plants until next week as the quarantine of nearly 60 million people limits the transportation of both parts and workers.

“Getting back to the pesky issue of the Chinese economy, at 9 a.m. Beijing time on Saturday, the February reading of the Purchasing Managers’ Index (PMI) is due out and economists are forecasting a reading of 45,” reports InvestorPlace. “Numbers below 50 indicate contraction and if the report comes in at 45, it would be China’s worst since the dark days of the global financial crisis in 2008.”

There is a chance palladium’s woes prove short-lived and supply deficits could help.

“A recent PGM market report estimated that the supply deficit for the metal widened to nearly 1.2 million ounces last year and is expected to deepen this year, as stricter emissions legislation in China and Europe will drive up vehicle palladium loadings,” according to Mining.com.

Last week, investors did not add nor did they pull any capital from PALL.

For more on alternative strategies, please visit our Alternatives Channel.