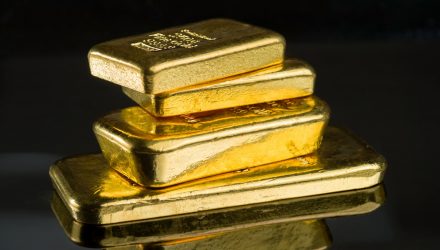 Gold prices, which had reached new highs, retreated as equity markets clawed their way back on Wednesday after U.S. President Donald Trump claimed Iranian missile strikes on bases in Iraq had not hurt U.S. troops and damage was contained, demonstrating that Iran sought to de-escalate a standoff in the Middle East.

In response to the killing of Iranian Commander Soleimani, Iran on Tuesday fired 15 missiles at several Iraqi military bases housing U.S. and coalition forces involved in the fight against ISIS, damaging the facilities.

But rather than promulgating a military offensive, Trump’s remarks were more cautionary on Wednesday, even  uncharacteristically positive.

“I’m pleased to inform you, the American people should be extremely grateful and happy,” Trump said. “No Americans were harmed in last night’s attack by the Iranian regime. We suffered no casualties. All of our soldiers are safe and only minimal damage was sustained at our military bases. Our great American forces are prepared for anything.”

“Iran appears to be standing down, which is a good thing for all parties concerned and a very good thing for the world,” Trump said. “No American or Iraqi lives were lost because of the precautions taken, the dispersal of forces and an early warning system that worked very well.”

Gold had surged past $1,600 for the first time in nearly seven years in earlier trade, reaching over $1610 an ounce, before paring gains as concerns of a larger conflict abated amid softer U.S.-Iranian rhetoric.

“The impact on global risk assets will probably moderate from here as we are likely past the worst part of the crisis,” Vail said in an e-mail. “Neither side wants a war.”

Nevertheless, gold has been on a rally for some time, and many analysts see it headed back towards it’s all-time high of nearly $2,000 back in 2011.

“With the gold market already on the move,” says derivatives broker Saxo Bank’s head of commodities strategy Ole Hansen, “the latest developments in Baghdad have sped up the move.”