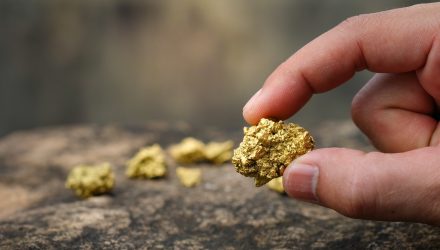 The gold market had a strong day Friday, with stocks off their highs, and is reacting to currency markets as it hits new record highs against the euro and Japanese yen.

According to some market analysts, the new highs in gold versus the two major currencies is an additional indicator of gold’s growing investment appeal as a safe-haven asset.

Despite it’s strength however, Marc Chandler, managing director at Bannockburn Global Forex, said that while gold does look like an attractive asset, the dollar is what is likely driving the move higher, as other currencies are suffering.

“The dollar’s rally has been extremely impressive this year,” Chandler said. “The rally we see in gold is just a function of weakness in the other currencies.”

Mike, McGlone, senior market strategist at Bloomberg Intelligence, was supportive of the idea as well, explaining  that the record highs in gold in other currencies are likely the result of increasing weakness in the forex market.

“Currency debasement is typically a primary force for advancing the price of the benchmark store of value, but it’s less about the price of gold advancing and more likely reflects the value of paper currency in decline,” he said in a report Friday.

Apart from currencies however, gold has had a good year so far, up over 3% in January, and staging a move today after a tepid start to February.

McGlone noted that any equity market correction could be the catalyst that drives gold back to its 2011 all-time highs.

“It may be a matter of time before gold revisits its peak of about $1,900 an ounce, guided by an extension of record highs in the metal when denominated in other major currencies, notably the euro,” he said.

Stephen Innes, chief market strategist at AxiCorp Financial Services Pty, explained that the coronavirus-driven “sell-off in equity markets will likely drive gold demand over the short term. The more rapid pace of contagion will represent another significant headwind to global growth, bullish for gold.”
Gold futures were up 0.58% Friday, with a similar rally in ETFs as well. The SPDR Gold Trust ETF (GLD) was up 0.48%, while the VelocityShares 3x Long Gold ETN (UGLD) was up over 1.5%.