You are at:Home»Alternatives Channel»Experts Say To Invest in These Areas for 2020 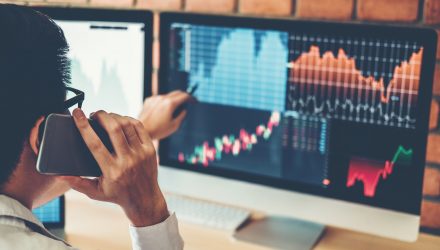 Experts Say To Invest in These Areas for 2020

After a historic run in 2019, where the S&P 500 posted a 28.9% gain and ETFs collectively gathered more than $270.5 billion, markets dropped after a U.S. airstrike in Iraq killed Iranian Gen. Qasem Soleimani on Friday. Stocks had a tough start Monday, before finishing with slight gains as the crude spike mitigated a bit. Now analysts are prognosticating more limited growth for 2020, which requires a potentially more targeted investment approach.

Rich Weiss from American Century Investments said on CNBC, “Last year was all about the expansion. The Fed monetary policy switched routes and went on hold with interest rates, and that allowed the PE to expand, multiples to expand. But this year it could be much more about the denominator, the earnings growth rate. And you know at best we’re looking at single-digit growth rates by most of the forecasters out there, and that’s not enough to get this market moving further. Arguably the market got a little bit ahead of itself last year—30% for the S&P give or take— on basically flat earnings. You’re going to need at least 10 to 15% in earnings growth this year to get that market moving, and we just don’t see it.”

“We are believers at the earnings growth will be higher, closer to 10% this year, and so we see the market about 10% higher in 2020 then last year,” said Montagne on the same segment.

Montagne notes that wise plays for her would include a focus on the energy sector, given crude oil’s movement of late, using ETFs like the Energy Select Sector SPDR ETF (XLE).

“What we favor is the dividend payers and the dividend growers and some stocks that are now on the value end of things, and that includes the energy sector. So to play it on an overall basis, we would use the XLE, which is the SPDR ETF. And there we think just simply because the companies have reduced the costs, they’ve reduced the capital expenditures, they are having strong cash flow, they can grow the dividend growth rate from 3.6% yield now to something greater than that, and probably participate as the price of oil goes up. So from $60 we probably think it can go to $70 from here. But they’ve lowered the cost so much that we think the earnings can grow nicely,” she added.

Meanwhile, Weiss remains for focused on domestic growth, given that the Fed has spurred things forward with three interest rate cuts last year.

Weiss explained, “We remain over-weighted in the US for a number of reasons. Again we are the cleanest shirt in the dirty pile in terms of economic growth and strong interest rates. But with interest rates on hold, we still maintain an overweight in growth stocks vis-à-vis value stocks. They are longer duration assets, lower dividends. Therefore with the Fed on hold for the foreseeable future, they represent a better value. With that said for those in retirement or new retirement, you may want some downside protection. equity income funds are very favorable.”

What about for those investors who are interested in international exposure to stocks, believing that that might be a viable alternative to the domestic market place?

“Internationally economic growth prospects are very limited. We’re talking about 1 to 2% at most in economic growth. The US has got it beat,” Weiss noted.