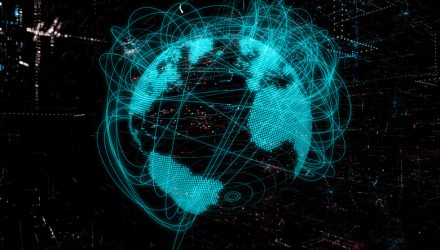 Being an alternative ETF, Lydon explains the draw, which comes in the form of choice, expansion, and intelligent strategy. BTAL hits that strategy aspect, and the idea is that it provides the opportunity to stay invested in the market if the thought is that a correction is coming.

“With everything we’re hearing about China, and the Coronavirus, there’s definitely some concern,” Lydon states. “During the month of January, the S&P 500 was up 1.8%. This ETF was up 5.1%. Why was that? It’s because those low beta stocks actually did better because they’re deemed to be of greater quality and less volatility than their high beta counterparts.”

“High Beta counterparts are going to be more like the FANG stocks. However, steady-as-you-go type stocks tend to be more low beta stocks, and they tend to get more attention when there’s more concern in the market place, and when there’s potential for market corrections.”

Lydon goes on to point out the significant decline in the marketplace from not too long of a time ago when the S&P 500 was down 16-17%. Meanwhile, BTAL remained up 4% during that period. Given the impact of fear, unless there’s a trend-following strategy and discipline in place for the investor, what isn’t needed is shaping a portfolio around gut feelings.

However, if the feeling points towards a buy and hold portfolio, due to the market becoming long in the tooth, infusing quality into said portfolio (as opposed to volatility), BTAL is the way to go.

“BTAL consists of 200 long positions in companies that are low beta,” Lydon explains. “It also is short 200 stocks that are high beta. The fund is much more aggressive in higher volatility companies. All in, net-net, you’re long in the market, but you’re also shorting the high volatility, being long the low volatility stocks. Over time, if you feel like we’re going to get into more of a quality environment, or say the market is going to go into times back to normal volatility, this is something to consider.”

Jaffe points out this being a fund that’s supposed to be used as a hedge, and wonders if an investor should hedge permanently or hedge based on trend following. Lydon believes it’s an interesting point, noting how every portion of the market place has its own trend. That’s great, if investors are buy-and-hold, and have a diversified portfolio, there’s nothing to worry about.

However, if investors are more sensitive to risk, or their portfolios are shaped more to being sensitive to that area, yet still have the discipline to follow trends, BTAL is, again, something to consider. BTAL is an inherent hedge, and the hedge works when needed. That in mind, it’s needed the day something unsettling happens in the marketplace.

“By the time you operate this on its own 200-day average, it’s probably too late.”

As an inherent hedge, BTAL keeps people invested, and invested in higher-quality stocks, while, at the same time, if the market does correct, those higher beta stocks and more aggressive stocks are actually short. That in mind, as effective as this strategy is, it would still be challenging to put some kind of 200-day average on this strategy and make it as effective.

Shortening that average could work to an advantage to some degree, but it would mean keeping an eye on things and having many more trades, making it a false signal. So with that in mind, a younger investor would be fine putting a significant amount of BTAL backing into a portfolio. A retired investor, however, would be better suited to putting 10-20% of equity into this, with the expectation of volatility coming relatively soon down the line. They won’t do as well on the upside, but they won’t give back as much.