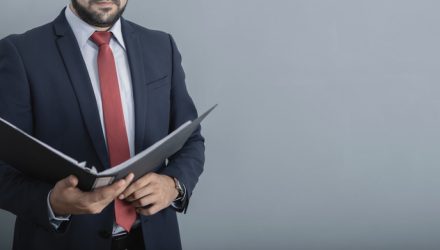 During one of the segments now available to watch on-demand, Bond discussed its Buffer ETFs that provide investors with access to the growth of the equity markets, with built-in buffers.

As far as how it works, Bond explained, “It’s exposure to the S&P 500, and there are three different buffer levels: 9%, 15%, or 30%. So, people that want to get in the market today, and want to have a buffer against losses, they have an opportunity to get in the market, know they have a buffer on the downside, but participation on the upside. There is a cap on the upside, which ranges.”

This strategy amounts to giving up some potential upside to get the downside buffer. As an example, Pisani pointed out the Innovator S&P 500 Power Buffer ETF, October Series (POCT). It’s designed to track the return of the S&P 500 up to the cap. Then it buffers investors against the first 15% of losses over the outcome period.

As Bond noted regarding that outcome period, there are three things to keep in mind. It lasts one year and will reset at the beginning of the next. So, a new buffer and cap will be provided at that time. Regarding the buffer, there’s the power buffer that relies on what the market provides during the initial starting period.

An October Run Up

During the discussion, Lydon noted how the market has run up since last October, in reference to POCT, there’s now a situation where in order to experience the buffer on the downside, it would have to run down that much more. So, for today’s investors, they would go to a current offering such as PFEB (Innovator’s February fund), which would be more in line with hitting the outcome period and appropriate buffer, as well as being prepared for next year.

“What many people do, if they’re putting their insurance in place, as the market continues to moves on the upside, they’ll roll their money over into the next month,” Lydon said.

Davi explained how, for the average investor, this is an alternative for those who do not want to handle every aspect themselves. It plays well to what Astoria likes to go with, as they want alternatives that are consistently inverse and correlated to the S&P.

“My advice for investors is to make sure you understand the option premiums, etc,” Davi said.

Bond noted how working with buffers is a great way to deal with the upcoming election. Any potential sell-off over the election cycle will have investors protected as needed. The same goes for the Coronavirus to an extent.

Closing it off, Lydon noted, “During emotional times people do the wrong thing. This is one of those tools that will prevent them from getting out of the market; staying in, while still having some downside.”